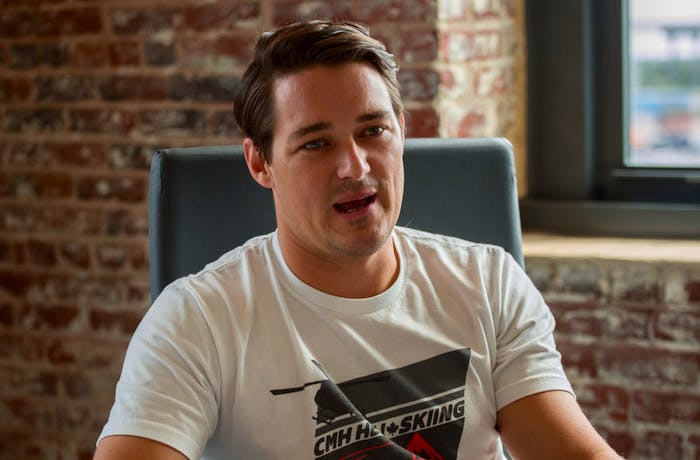 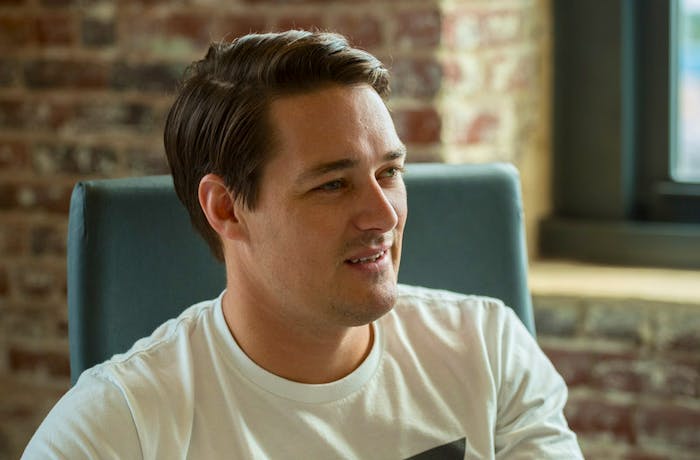 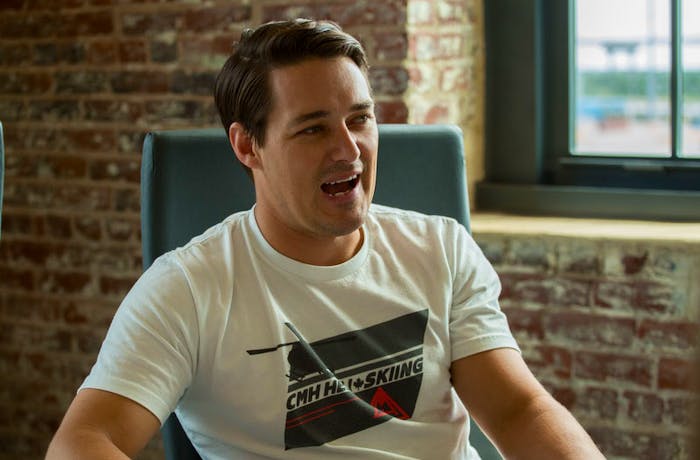 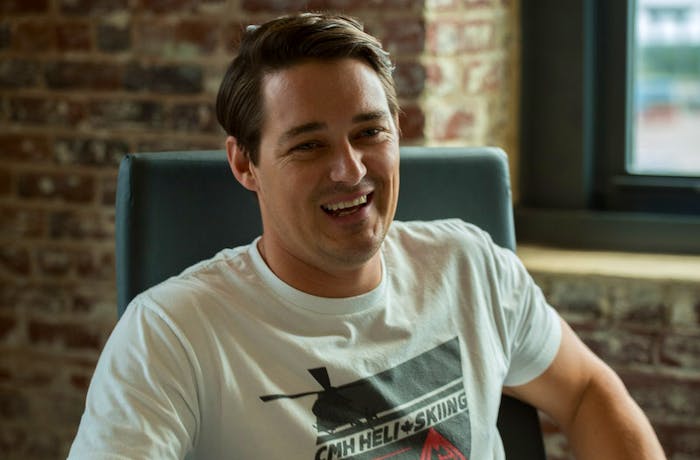 Hunter Stunzi is president and founder of SnapCap, an online marketplace offering small businesses quick access to loan options from a variety of lenders. Stunzi started the company in Charleston in 2012 and Charlotte-based Lending Tree acquired it in 2017. SnapCap continues to operate from downtown Charleston with about 35 employees locally.

I grew up in Boston, specifically Marblehead, Mass., which is slightly further to the north. I was there till I was 18, so really that was the foundation of my upbringing, that community. It was a successful, slightly affluent community. I think seeing people in the community that were successful and being able to afford things and have flexibility in life and vacation and what-have-you, I think that sort of got it into me at an early age that, well, this is what you've got to do. You've got to study hard in school, you've got to work hard, you've got to join a great company and make a success of yourself. I think where I was socialized is a big part of who I am now.

How did you come to be in Charleston?

Did you have an entrepreneurial drive early on?

I definitely did. My father was in the import-export business for vehicles. Growing up, it wasn't like he put a suit on every day and got on the train and went to work. He was around the house, restoring vehicles, importing cars from out of the country and selling them nationally. So I definitely think that entrepreneurial blood was already in me from a young age. My mother also had her own decorating and design business. I didn't have a role model that was like the lawyer or the doctor with a nine-to-five. It was sort of like, you do for yourself.

We are a marketplace for online financial products. We provide loan options to small businesses throughout the country.

What we have found is that small businesses, particularly newer businesses, are generally underserved by the banks. I don't think that's intentional. I just think that the banks have a structure that's fairly rigid, very much focused on local and regional lending to specific industries, and saying to qualify for a loan, you have to look like this. It's like when you get a credit card, you have to have a 720 FICO, and if you don't have a 720 FICO, you're not going to get this credit card.

So, for smaller loans – which is what our focus is – particularly up to $1 million, banks have by and large said, "Well, here's a credit card for you," or, "Why don't we give you a real estate loan?" For working-capital needs, businesses haven't had a seamless, easy way to be able to borrow.

What led you to start SnapCap?

SnapCap really was an idea that I conceived of while sitting at Merrill Lynch in my cubicle as a financial advisor, in the process of making a business loan, saying to my partner, "This is just ridiculous. Why does it take two months to get a loan? There's got to be a better way to do it."

We found quickly that there is a better way to do it. There are lenders taking it on. About the time of the financial crisis, you saw a group of fintech lenders pop up. They built some really new technology and raised hundreds of millions of dollars to create processes by which they can make loans same day, virtually, up to a couple hundred thousand dollars, without a hard credit check, without really any financial information.

I initially had aspirations to be a lender, which we did for a short time. But more than that, our idea was, "How can we market to this audience, almost like a broker capacity, and bring these lenders customers and growth that they need?"

The question then became, "Can we build an online experience in which business owners are comfortable sharing their personal information with us?" We'll then use technologies to match people with these different lenders, which are growing in number, to be able to deliver them all the offers back in one place as quickly as possible. We'll have the fastest experience, the lowest possible rates, the best user experience.

That's what we've built here at SnapCap over the last five years.

We have a very lively, fun, competitive, hard-working sales culture. I would say without hesitation that our sales team will out-hustle any sales team in Charleston.

Being entrepreneur is not about one person. I actually believe this – it's all about the people. As a startup founder, for a little while, you can get away with kind of doing it all. But you find very quickly that if you want to be successful, you can't work in the business, you have to work on the business, which is different. If you aren't able to loosen your grip and trust people, you'll never get out of your own way.

While most entrepreneurs come across as having big egos and arrogant and not very relatable, I think there is this sense of humility that you have to have that says, "OK, I don't know this. I don't get this. I'm going to trust somebody else to do it."

I think that's been the biggest lesson, is realizing that a business is not about the entrepreneur or the founder, it's not even about the idea, necessarily, or the service or the website or the partners or how much money you make. Your success is a function of how good you are at attracting and retaining people that add value. If those people all do their jobs, you'll look like a genius.

People will just say, "Oh, well, I don't know, software." But what is that software doing? Is it for a social cause like Blackbaud? Is it like LendingTree, where we're trying to empower consumers and businesses by giving them choice and creating a platform for it? Where do I see myself in that community? Where do I think I can bring the most value to myself?

Ideally, right out of college, you should be focusing on what you are good at. I feel like that's sort of an understated thing. It feels like people today say, "Go do what you're really passionate about, what you love." And, yeah, that's fine, there's a place for that. But right out of school, younger people, specifically coming out of school with $100,000 in student-loan debt, or whatever it is, like I did – what can I do to actually pay that off?

I was very practical about it, and I knew that something related to sales was going to be where I would be able to make the biggest impact for myself financially and probably be able to spin up a business. Probably not as a bank teller, counting money.

Anything by Michael Lewis. "The Big Short" – I really enjoyed reading that.

I don't drink coffee. So it would be unsweetened iced green tea.

My wife keeps me busy. I spend a lot of time on the water. I really enjoy kiteboarding and recently picked up kiteboard foiling. I'm very passionate about that. Just being on the water is something that I really enjoy. It keeps me going and just clears my mind outside the office.

What has it been like building your team in Charleston?

At times it's been challenging, because I think the qualified candidate pool is a bit smaller with respect to certain areas where we have certain needs. I think initially, when we were growing, we couldn't afford to pay all that much, we didn't have the benefits package and the 401(k) and the health insurance and the big salary and all that, so that was a bit of a challenge. But now that the business has been acquired, we've been in a position to attract more talent with the brand of LendingTree.

We just hired a guy who moved down here from Boston. Never been to Charleston. Moved his whole family here to work for us, which I think says a lot about the brand reach we now have. But only three or four people out on this whole floor are actually from Charleston. They're almost all from places around the country. They've all come here and fallen in love with the city, which isn't hard to do.

Did you consider starting your business anywhere else?

I wanted to stay in Charleston so badly that I had to start a business. That was actually part of why I started the business altogether. I knew that I wasn't going to make it here unless I did something for myself. I wasn't going to be content being a financial advisor with Merrill Lynch or a banker with Wells Fargo. I didn't see myself as a corporate career person. I felt like if I wanted to make Charleston work for myself, I had to do something drastic, which is why I decided to start SnapCap initially. So I could keep this lifestyle going. I like it here.