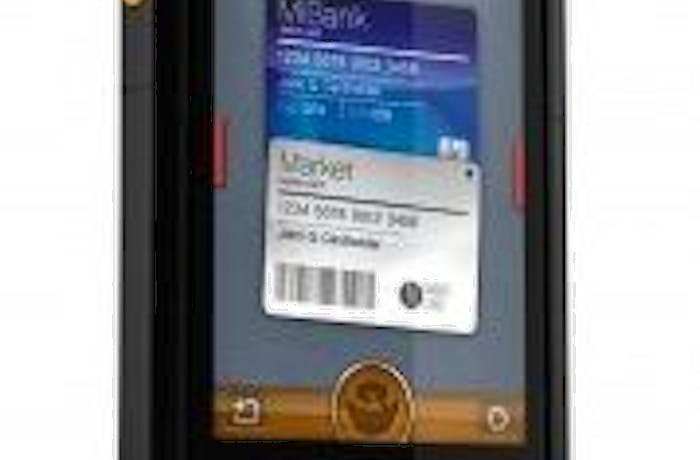 Well, it's about time. Many of us were absolutely floored by the iCache Geode mobile wallet when it first appeared back in April, and now the company has announced that the hotly-awaited accessory is now available for $199.

In case you missed it the first time around, the iCache Geode is an iPhone case with a particularly wonderful twist –- in addition to just wrapping a protective layer of plastic around your phone, it also sports a rewritable magstripe card on its rear end. Once the corresponding app has been installed on an iPhone 4/4S, users can store their credit card information on their smartphones and write it onto the so-called GeoCard.

That one card can effectively become any credit card you own whenever you need it, eliminating the need to schlep all that plastic around. What's more, there's a small e-ink display also mounted on the back of the Geode which displays the barcodes for loyalty cards that have been stored in the app. To tie it all together, a small fingerprint reader sits just south of the iPhone's home button, ensuring secure access to your digital funds.

iCache founder (and Oracle alum) Jon Ramaci has been working with his team to create the Geode mobile wallet for the past three years, and it seems like their efforts have paid off. Their Geode Kickstarter campaign garnered$352,918 in funding, absolutely demolishing their original goal of $50,000.

Though their Kickstarter campaign officially wrapped up back in April, that doesn't mean the team has been resting on their laurels. They've been busy getting their manufacturing processes squared away –- last time Ramaci and I spoke, he mentioned all of the production would take place in the United States –- and responding to customer requests for more colorful cases and a way to carry around ID cards. In short, these past few months have been busy but fruitful –- they even took home a few E-Tech Awards from CTIA 2012.

This is quite the milestone for the iCache team, but if recent reports are any indication, they'll have to keep on their toes. Two of the major recurring rumors about Apple's forthcoming iPhone deal with substantial hardware changes –- specifically a much longer body and a redesigned dock connector –- that would render this particular $199 purchase useless. Ramaci is no stranger to these reports though, and mentioned to me that the company would do what it could to help their customers out if a dramatic redesign actually came to be. He noted that the company was mulling over offering existing users a 50% rebate on a redesigned Geode if the current model won't fit the new iPhone, but for now we'll have to wait and see what Apple has up their considerable sleeves.