Get Connected in Marion Square with Google 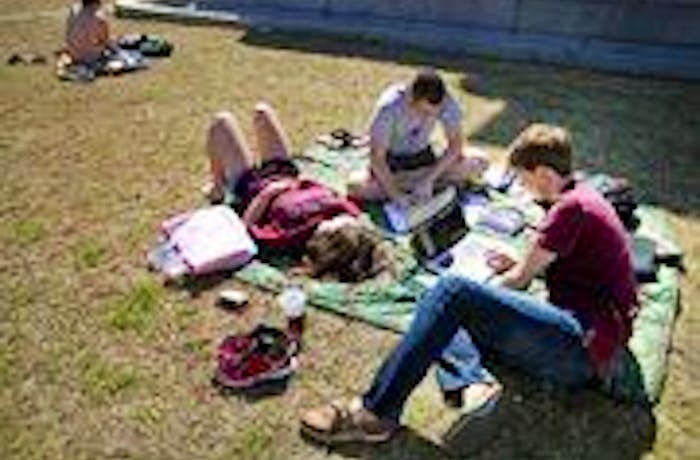 There's been something new in the air at Marion Square over the past week or so, something that could change how people spend time in the park.

No, not the scents and sounds of the Charleston Wine + Food Festival, which begins Thursday. Rather, it's something you can't sense but that people need almost as much as food these days: free wireless Internet service.

"In the 21st century, we've got to ... bring 21st-century amenities to these parks," Andrade said. He said visitors expect such services in a tourism town of Charleston's caliber. "Wouldn't you expect it?" he asked this week.

Google has sponsored such projects before. In October, Goose Creek was the first municipality in South Carolina to receive free wireless service from the Internet giant.

Whereas Goose Creek's setup will cost Google $167,000 over the next three years, a $47,000 grant will cover Charleston's smaller installation. The Charleston Digital Corridor Foundation, which received the Google grant, owns and maintains the network.

"If people have access to free Internet, it gives them the flexibility to do creative things," he said.

Wages and Andrade used the word "robust" several times to describe the network's signal strength and bandwidth. Four painted-over nodes, one near the midpoint of each side of the park, will provide coverage during periods of even the most intense demand, Wages said. Part of the service has been live for the last few days as the "Wine + Food" network.

Charleston tried to deploy wireless Internet on the peninsula in 2006, but the plan was unplugged by technical issues and unanticipated costs. Andrade is convinced this go-round will be different for two main reasons.

"The technology has improved dramatically since the previous deployment, and the second thing is, it was done by a private entity," he said.

He also tried to put to rest privacy concerns inherent in accessing a public network. As network administrator, Andrade can see who's on the network, where they are, which kind of device they're using and which websites people are visiting.

But it's only to be able to report usage trends in the aggregate and determine whether more bandwidth is needed, he said.

Andrade said users are limited to three hours of access per day.

"We don't want folks to use this as their primary connection," he said, acknowledging the service will "bleed out" of the park a bit. "The reports we get are helpful to monitor that."

Early reviews are positive. Caleb Lowe, a Charleston native in his first year at the College of Charleston, brought his laptop to Marion Square for the first time Tuesday and happened upon the network.

"I was surprised to find that there was Wi-Fi," he said. "It's neat to find one of them that actually works."