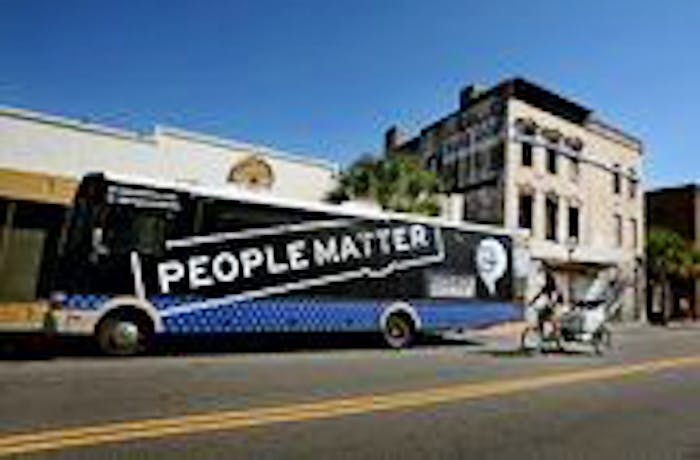 PeopleMatter has landed another $14 million in venture capital to grow its human resources software platform, the Charleston company announced Monday.

Menlo Park, Calif.-based Morgenthaler Ventures is leading the round, which means it is contributing more than half the money. PeopleMatter's regional investors from prior rounds of funding will supply the rest.

Morgenthaler partner Gary Little said the firm decided to invest in PeopleMatter because the Lowcountry technology company is targeting an underserved niche with huge potential – hourly workers – and has the right management and company culture to succeed.

"It's a big bet for us for an initial investment, and that's indicative of the confidence that we have in both the market opportunity and this particular team to execute on that market opportunity," Little said Monday.

PeopleMatter said DaPore was not available to discuss the investment Monday.

Ernest Andrade, director of the Charleston Digital Corridor, has followed PeopleMatter since it was a few guys in the city's Flagship incubator in fall 2009. He called Morgenthaler "one of the famed ... Silicon Valley investment firms" and the overall $14 million infusion "substantial by any stretch of the imagination."

Just how big a deal it is, historically speaking, was the subject of a claim on PeopleMatter's website Monday. It claimed to be "the first company in history to bring Silicon-Valley capital to South Carolina."

But in January 2007, Technology Crossover Ventures, which has an office in Palo Alto, Calif., bought a $60 million stake in Mount Pleasant-based Automated Trading Desk, which just six months later, was purchased by Citigroup for $680 million. PeopleMatter removed its "first" claim from its website Monday afternoon.

Paul Meeks, a former technology analyst at Merrill Lynch before moving to Charleston to invest in real estate, viewed the news as "a plus-minus."

"Plus being (they) got financing from guys who are savvy in the software space in Silicon Valley, the negative being I thought at this point they'd be self-financing," Meeks said.

PeopleMatter, then known as Acadia Human Capital Solutions, got its first round of venture money in September 2009 when InterSouth Partners of Durham, N.C., along with C&B Capital of Atlanta put in $5 million. The firm got another $2.3 million from Harbert Venture Partners, which has offices in the Southeast and around the world, in February 2010. And last May, Atlanta-based Noro-Moseley led a $7.2 million round, which included prior investors.

The announcement is just the latest big news from the fast-expanding company.

In October, PeopleMatter unfurled a banner at 466 King St., a historic shell of a building that will become the company's new headquarters by next year. At the same time, as part of a government incentives package, PeopleMatter pledged to grow its head count more than threefold in the next four years. It has also recently opened offices in Atlanta and San Francisco.

And on Tuesday, the company will officially release the third plank of its platform for managing hourly workers, "Schedule," at the Sottile Theatre in downtown Charleston.