Charleston?s Knowledge Economy in 2009 - The Beacon for Job and Wage Growth 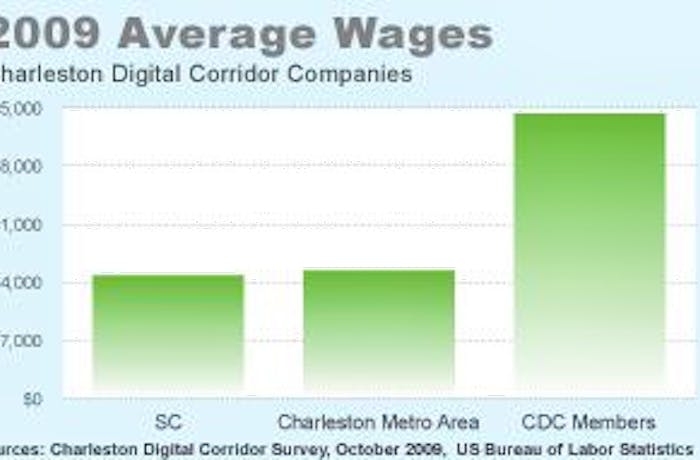 CHARLESTON, SC – October 14, 2009 – The Charleston Digital Corridor reports that the average wages for Digital Corridor companies in 2009 is $83,636. This wage number is once again more than double the average wage levels for the State of South Carolina and the Charleston-North Charleston Statistical Metropolitan Area which are $36,050 and $37,520 respectively, according to the latest (May 2008) Occupational Employment and Wage Estimates provided by the US Bureau of Labor Statistics.

This year's average wage number is slightly higher than the average reported in 2008 and demonstrates the resilience of Charleston's growing knowledge economy. "By virtue of the fact that knowledge-based companies are part of the generative economy, they are less susceptible to the economic cycles that characterize other sectors of our economy," said Digital Corridor Director, Ernest Andrade.