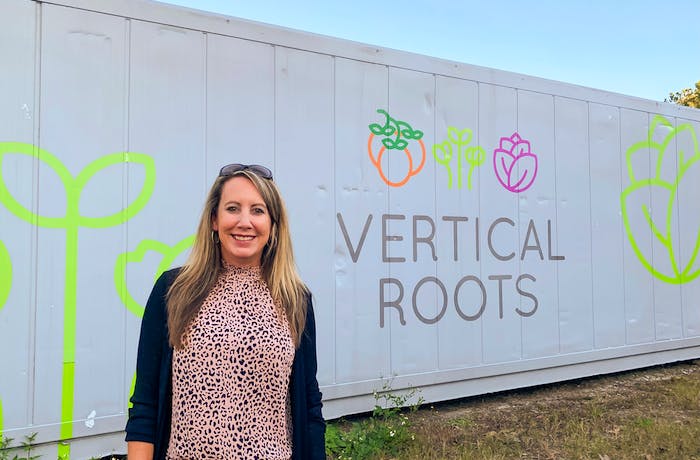 Jessica Brewer is co-founder, CEO, and president of 3Together, a startup based in Charleston, SC, that is developing micro-SaaS solutions for the healthcare and finance industry. The company officially launched in the summer of 2020.

For years, Jessica Brewer was an engineering executive at Benefitfocus, a software company that automates the administration of workplace benefits. More recently, however, she noticed a need for small amounts of human interaction in what had become a completely automated process. Adding this element back into the process has become her primary career focus.

After stepping down from her Benefitfocus post earlier this year, Brewer teamed up with Benefitfocus's co-founder, Shawn Jenkins, in a new venture called 3Together. Their third partner in the new company is Greg Monn, another former Benefitfocus executive.

The team's first product is a secure, live-video app for insurance brokers to connect with employers and their employees.

Separately, Brewer has also taken on the position of Chief Operating Officer for AmplifiedAg, a company launched by her husband, Don Taylor, who retired from his role as Chief Technology Officer at Benefitfocus in 2015. AmplifiedAg is the parent company of three separate firms that manufacture hydroponic farms inside of recycled shipping containers, practice hydroponic farming, and provide farm-management software.

We sat down with Brewer to talk about her new work, her past work, and her leadership insights.

When did you first come to Charleston?

I moved here in 1980. I went to Nativity School on James Island, and then I went to Bishop England High School in downtown Charleston before it was moved to Daniel Island. So, I've got a lot of deep roots here, a lot of friends that I've known forever.

The cool thing about when you go to a small private school is that those are your friends for life. Especially in the Charleston area because most people don't leave, or they leave and come back, which is what I did. I started my undergraduate degree at the University of Maryland but finished my Bachelor of Science at the College of Charleston and then received my Master of Science in Software Engineering Management at Maryland while working full-time in Charleston as a Software Engineer.

What inspired you to start your new company, 3Together?

Shawn Jenkins, who was one of the founders of Benefitfocus, is a good friend of mine. He and I had been talking for a while about how, at some point, we were both going to retire from Benefitfocus and what we were going to do next. We thought, "Well, we probably want to do something together."

Earlier this year, we decided to start a software company building micro-SaaS applications for the finance and healthcare industries – micro-SaaS is the opposite of enterprise software. Micro-SaaS is just what it sounds like: small software solutions for a niche market, usually with smaller teams. It's amazing what you can get done with a couple of really bright engineers in a relatively short period of time.

One of the things we did at Benefitfocus is we took the paper out of the process of benefits administration, made it more self-service. This was huge! And, while self-service is good, there are times when you may really need a face-to-face conversation with an expert to help you at a critical decision point in choosing the right benefits for you and your family.

We decided that this would be our first project, a simple, secure video app that connects a broker to an employee or an employer at a critical decision point – we call it, "Project Daytona", which I am proud to say is fully underway.

Doing enterprise software was a great experience. It was, by far, one of the best opportunities that I've ever had to be part of that company at the time that I was because we were growing year over year in double digits. We were doing things that most people in engineering, which is what my background is, don't get the opportunity to be a part of. That was pretty exciting, and my career growth throughout that time was exceptional.

That said, it was also was an enterprise platform, which from an engineering perspective, is hard because we had so many millions of people on the platform. You have to have very tight controls about what code you're changing, what features you're adding, how you're adding them, and when you're adding them. Everyone's on the same version of code, so if you make one mistake, you could affect millions of people. We had so many engineers at the time, so you have to coordinate all that activity. There's just a lot of overhead to make that machine run and be successful, release after release.

It was challenging but it was also where I had some of the best moments in my career. It's a lot of work, and you're on 24/7. When I left, I was responsible for 600 to 700 people. You just never have downtime. We aren't trying to build another enterprise platform. We want to be "lean and mean", building micro-SaaS applications that add value for our customers and from a technology perspective it is exciting to take advantage of a lot of the newer technologies and diversify a bit.

One of the biggest surprises, or maybe things I underestimated, is just managing people. I take that seriously, and it's hard sometimes.

I think some of the heartache and the loss and things that I've seen over my career as a manager– it takes an emotional toll. I hate to even say that out loud because it wasn't my pain or my loss. Yet, you feel like you become part of these families and you feel some of that pain in your own heart along the way, and that can be hard sometimes.

As I say all of that...There's a lot of great things, too. There's the births, the marriages, the engagements (not in that order, of course) and all the other happy times that I've been able to be a part of and I would not trade any of it!

Our first product is being built specifically with brokers in mind. There's so much more we could do, ultimately. When we've got the foundation and framework, maybe we go to another vertical or build even more for the broker community.

I love spending time with my family and our dog, who consumes a lot of my time these days. On the weekends we enjoy going out on the boat. My husband and I are always reading, learning, and seeing what others are doing in our industry.

OTHER 3TOGETHER, INC. NEWS