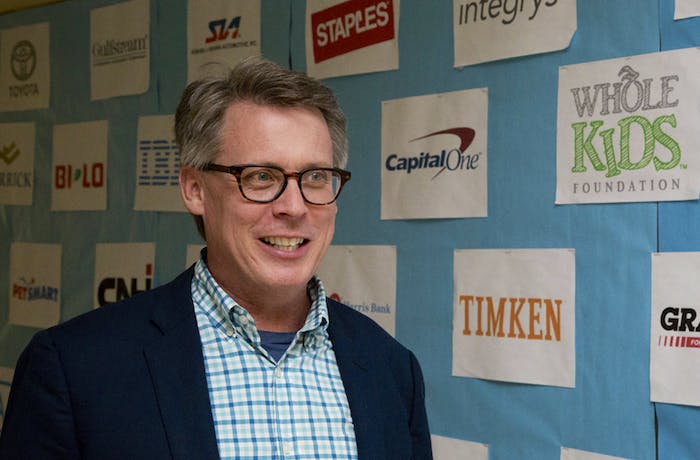 Uncommon Giving Corporation is a financial services start-up that launched its first of several planned generosity-related tools, UncommonGiving.com, in July 2020. Through the online giving platform, people can discover nonprofits, explore causes and donate to 1.2 million 501(c)(3) charitable organizations from one, digital giving wallet – a democratized donor-advised fund. The company is developing investment portfolios with risk-based, cause-based and faith-based options through its SEC registered investment advisory affiliate, Uncommon Investment Advisors, and recently announced plans for what is believed to be the first "generosity index" for ESG investing.

"Uncommon Giving provides a unique opportunity to bring together not only charitable giving tools for employees, but also impact investing and democratized donor advised funds that haven't really existed in the workplace before," said Bridges. "Uncommon Giving is the platform that can help companies connect with employees and grow their presence in the community."

With more than 20-years' experience in nonprofit-focused technology, Bridges is no stranger to the workplace giving space. In 2009, he founded Good Done Great, an industry pioneer in corporate grant management, employee giving, volunteer hour tracking and employee engagement programs for large and small businesses. Headquartered in Charleston, South Carolina, Good Done Great served more than 60 companies and 3.5 million employees before being sold to YourCause in 2017.

YourCause was subsequently acquired by Blackbaud in 2019 for approximately $157 million. Bridges went on to become host of a PBS travel-documentary series, The Good Road, where he and co-creator Craig Martin travel the globe highlighting stories of philanthropic individuals making a difference in difficult situations. With nearly 20 million viewers nationwide, The Good Road is the most-viewed television program focused on global philanthropy.

"Uncommon Giving provides a platform to support the charities we feature on our series, but it goes beyond that," Bridges said. "By leveraging our technology to create sustainable change for good, profitable corporations can create a positive company culture and provide a triple-bottom line to their stakeholders."

When Uncommon Giving Corporation was founded in 2018, no one could have imagined the tremendous needs the United States and the world would be facing today. Uncommon's leaders believe it's more important than ever to provide a workplace giving solution accessible to people wherever they may be located.

"As companies become increasingly focused on social responsibility and employee engagement in remote environments, we see a tremendous opportunity to become a workplace partner for all things generosity," said Ron Baldwin, founder and CEO, Uncommon Giving Corporation. "We are thrilled for Earl to join our team and lead this effort."

In July 2020, Uncommon Giving Corporation closed a 506(b) founders' round of $13.5 million in capital from more than 80 private investors to develop its online giving platform. The company later announced it has confidentially submitted a preliminary offering statement on Form 1-A with the Securities and Exchange Commission relating to a proposed public offering pursuant to Regulation A.