Now Is the Time To Build, says RingMD Founder 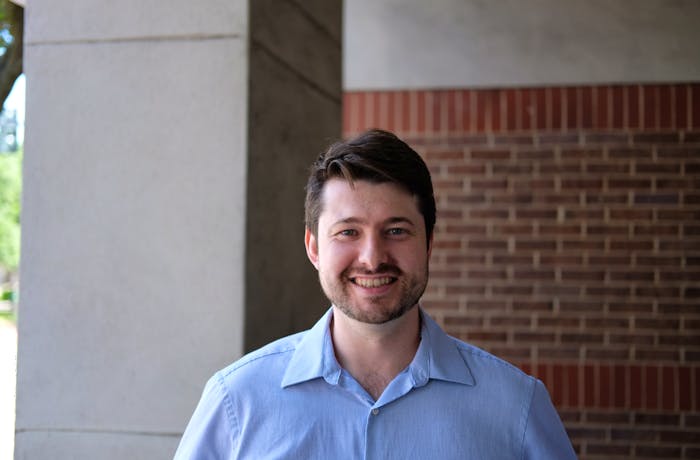 Justin Fulcher in 2012 founded RingMD, a digital healthcare platform in Southeast Asia that connects patients and doctors virtually. Fulcher sold the company in 2018 and is now based in Charleston.

During his travels, the lack of healthcare he observed in the region caught his interest.

Fulcher, who had been programming since his early teen years, wondered if he could help people in rural areas connect with doctors over smartphones. The devices were becoming widely available and affordable in Southeast Asia at the time – surprisingly, even in remote places.

"I saw that trend and also a variety of big needs, such as the need for basic healthcare access, and I thought, 'Why can't we fuse the two and actually build a platform that brings healthcare, though a smartphone, to a rural environment?'" Fulcher said.

The 19-year-old had just left his studies at Clemson University, looking instead to start a company. He set his focus on digital healthcare, and in 2012 he launched RingMD from Singapore.

Fulcher's three-month trip to Southeast Asia turned into a seven-year stay as the company took off. At its peak, RingMD provided digital healthcare consultations in 22 countries.

Fulcher sold RingMD to an undisclosed buyer in 2018. After a year spent assisting the transition, which included relocating the headquarters to Boston, Fulcher came back to Charleston to contemplate his next steps.

His return in early 2020 coincided with a pandemic that has brought new urgency to the kind of digital medicine that Fulcher pioneered in Southeast Asia.

"COVID has taken telemedicine and digital healthcare from a nice-to-have to a must-have," Fulcher said. "I've seen almost 10 years of progress happen in a matter of months. Groups that were extremely resistant to bringing healthcare online have now implemented multiple digital health programs and strategies. That is completely as a response to COVID."

That shift has happened on a global scale, he said. Fulcher sees promise in this development, including within the United States, for lowering the cost of healthcare and broadening its reach.

"It's easy to forget that in the United States, even here in South Carolina, there are many counties and communities that are considered medically underserved," he said.

Why was healthcare the thing that grabbed your attention on your initial trip to Southeast Asia?

Healthcare is one of those things that affects everybody. Everything else stems from healthcare. If you don't have good healthcare, if you don't have a healthy environment, it's super difficult to build on top of that, whether from economic or social or other advancement. Without the basic, fundamental healthcare access, it handicaps many parts of the world.

In India and Southeast Asia, many of the problems that people face in rural environments could have been solved with basic antibiotics and very basic healthcare access. But those were actually leading to more life-or-death situations.

So you are 19 and have an idea for solving this problem. Then what?

I started by coding. I decided to make a basic prototype of what I thought would be the application. RingMD wasn't a name at the time, it was just an idea. I didn't even have a name of a company. I just started building a prototype of the idea, and from that point in time, kept building that out. And then, of course, had to learn all the ins and outs of getting a company set up in Singapore.

For a number of months, it was essentially a hobby project. And then, very quickly, we were approached by some investors, and that kind of triggered the conversation of, wow, actually what we're building here is something that could have a very big, profound impact on the world.

Why did you choose Singapore?

I was in Southeast Asia at the time, and I was traveling around quite frequently through the region, and Singapore really is that central hub.

Why Singapore? One, just ease of immigration, ease of getting in and settling down there. It's a super international, cosmopolitan place. It's extremely easy. A longer-term visa can take less than a week, whereas here in the U.S. it can take, goodness, six to 12 months, if you're lucky.

It very much is a place that is centered around making it easy to move there, to do business, to build things. Also, it helped that the primary language there is English.

On the doctor and consumer side, did you find people were hungry for this service?

Consumers were very, very hungry for this type of service. In places like SIngapore – you can imagine a place like New York CIty – where people are working and, very often, very busy with their lives. The convenience of pushing a button and being able to quickly speak to a doctor, whether their kid is sick or whether they have a sore throat and want to get a quick opinion of whether they should come in and get antibiotics, that convenience factor is huge. There's a huge consumer demand for that.

And in places like India and Indonesia, you've got a very different problem where people literally have very, very limited access to healthcare, or essentially no healthcare access at all in some places. Having a video call with a doctor is much, much, much better than the alternative, which is nothing.

So consumers were very, very interested in this, although, of course, everyone wants to ensure they're talking to a proper doctor, and it's a proper doctor that's going to be able to help them. That's on the education and the product side.

The doctors actually saw it as something that they were a little bit skeptical about as a new model of care. That's normal whenever you have an industry that is dealing with patient safety and patients' lives. It really was a big educational challenge of, "This is not a replacement for in-person; this is an augmentation to what you're currently doing," and "How can we help use technology to allow you to practice medicine more efficiently, see more patients, have a higher-quality relationship with your patients by being able to actually correspond with them outside of the office as well?" These were the sort of educational challenges that we had to overcome on the medical side of things.

Was selling a way to grow the company? Is that the vision from here?

Absolutely. Also, in the process, we moved the headquarters from Singapore to Boston. With Boston being the true global healthcare city, it really was the next step in, how do we take the good work that RingMD has done over the years and 5X, 10X that? By bringing on good, strategic partners and, really, bringing on partners that can help take it to the next level – that was a core part in the why.

This is a continuation of the vision rather than a departure from. And shifting to the United States from a headquarters perspective is certainly optimal to take it from being more of a Southeast Asia-plus-India play to a truly international, global play.

Do you have any advice for an entrepreneur considering a sale?

If you have those in place, it can potentially be a good thing to do if it helps you take the company to the next level to accomplish the goals and the vision that you set out to do.

Do you see yourself continuing to work in the healthcare space?

Healthcare is something I am super passionate about. So, yes, I will continue to help and operate in that space, but I'm also moving beyond it because, although healthcare is a critical problem and a super-important problem, there are also other pressing challenges that will come as a result of COVID that are not healthcare related. Such as the fact that millions of people are now unemployed, and realizing that in a post-COVID world, digital and online for essentially everything is the new normal.

Some of the challenges that I get excited about are, how can we re-skill and up-skill people to be better prepared for a completely digital world? How can we help encourage job creation, encourage local entrepreneurship, especially here in Charleston and beyond?

And, of course, as a result of COVID, I have been advising different governments and organizations on how to best rapidly adapt healthcare, not just in emerging markets, but also here at home.

Do you have any advice for aspiring entrepreneurs?