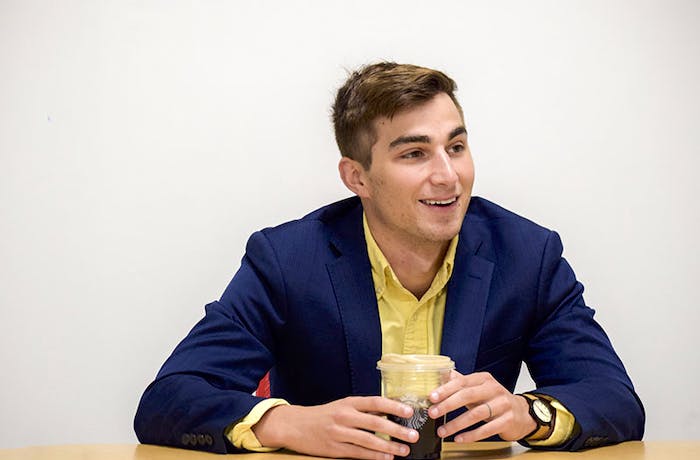 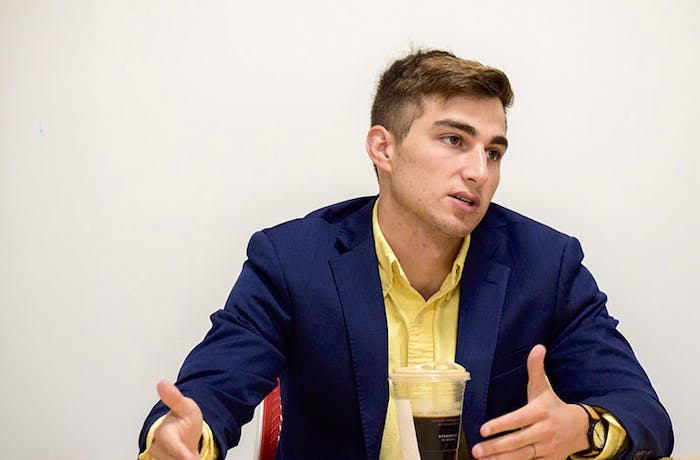 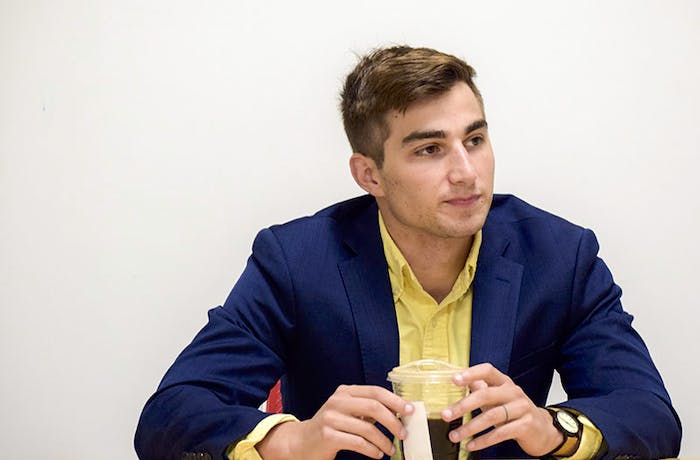 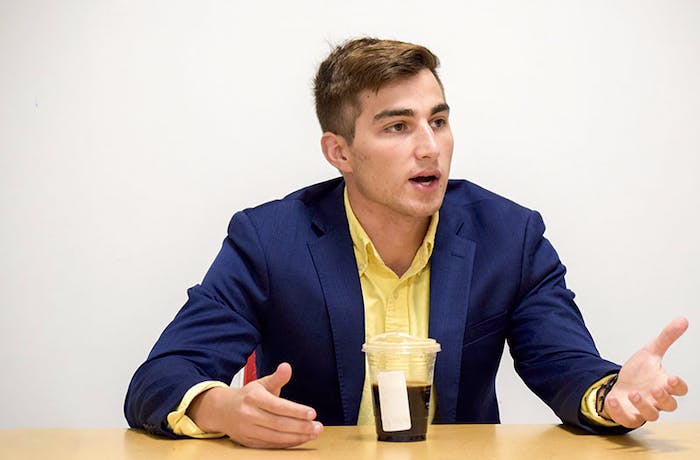 AJ Richichi is founder and CEO of Sentio, which provides software to help companies predict the success of job applicants. The Charleston-based company's focus is on small businesses and franchises that hire hourly employees. Sentio employs 10 people in Charleston.

He paid other students to lease their lockers to him so he could consolidate them and install a small refrigerator. He paid friends to sell snacks for him at other lunch periods.

For a while, business was booming.

"I almost got away with it, but I had roughly $1,000 in my backpack, and my backpack got stolen," Richichi said. "They actually had to bring in the cops and dogs because they thought I was dealing drugs."

During high school, he launched a social network that helped people with mental illnesses get support from people in their community anonymously.

Now, at 24 years old – and still contemplating college – Richichi is founder and CEO of Sentio, a company that helps businesses determine which job applicants will be most successful as employees. Clients include sports teams and franchises like Chick-Fil-A and Marcos Pizza.

In your own words, what does Sentio do?

We provide wildly affordable and intuitive pre-hire software. We determine the shared characteristics of the top performers in a given position and we match people to that to predict who's going to be successful and who isn't a good fit for the company. We specialize right now in hourly workers.

What inspired you to start this business?

It actually got its start in sports. It was always really interesting to me that the NFL, MLB, NBA historically are not very good at picking the best college athletes for their teams. The NFL is an example. When Tom Brady was drafted, 32 teams passed on him six times. The best quarterback of all time.

So, I developed technology that helped teams better understand what made an athlete great and what they could use in order to predict that athlete's success long term, rather than looking at what they did in college.

What we found was there's so much more to an athlete than just how far they throw a ball or how fast they run. It's more about their mental makeup, like their core values, their needs, their characteristics, their personality traits. It matters more what you do outside of the game than what you do in the game – how you train, how you treat your coaches, how you treat your family, how you diet, what you do when nobody's watching, how you manage your money.

Are you still working with sports teams?

Yeah. We work with sports teams in NCAA and professional. We realized really early on that the market's a lot smaller than you'd think. There are 150 professional sports teams, but there are 27 million small businesses. So while we had a lot of success in sports – we actually doubled the win percentage of the teams that deployed our tech in two years – we needed to build a good, sustainable business. We needed to translate that technology into a more applicable use case, which was using mental makeup analyses to predict success in companies, rather than just in professional sports.

Do you analyze the same factors for hourly workers as you do for athletes?

No, we just look at what we call mental makeup. Fifty-five personality traits spanning from agreeableness to conscientiousness. And more than any particular trait, looking at the relationship between those traits.

How do you collect that information?

From a five-question online survey. It takes roughly 10 minutes to complete. It can be completed on mobile desktop devices, and it's available in five different languages. They're all free-answer questions, like, "Why do you want to work at Chick-Fil-A?" Our technology uses a science called psycholinguistics that studies the relationship between an individual's mental makeup characteristics and the language they use to write.

How do you, in your early 20s, go to major league sports teams and say, "I have something that can help you"?

A lot of persistence. Reaching out. I graduated Phillips Exeter Academy early, and I worked for National Security in the U.S. Senate. When I was there, I had an opportunity to learn from really smart people and network with really influential people, one being one of the former owners of the Colorado Rockies, the baseball team. So, leveraging my relationships with him, as well as other people that I met through the U.S. Senate and Exeter, I just kept on making phone calls, writing letters and refusing to quit until somebody either said no or gave us the order.

What lessons have you learned from good bosses or bad bosses?

I had a really amazing boss at the Senate. One thing that's really challenging when you're 17 and you're working in D.C. is managing what we call social capital. Coming through our office almost every single day were professional athletes, actors, philanthropists, business people, members of the royal families, politicians. Managing those relationships is really hard. How do you build that social capital? How do you protect it? When do you ask for more of it, and when do you leave it alone?

That's something that has really helped me, especially dealing with the investment community. Investors are typically those types of people, and it takes a different type of relationship, in my opinion, to manage those than if I'm working with my friends or my family. It's the little things, like how to structure a respectful email, how to speak with people, and when you go out to dinner, who pays. It's a lot of little things that compound into really good investor relations.

It's really, really hard to build a company, and it's impossible to build more than one at the same time. So really focus on one project. Give it everything you have. Put all your social capital into it. Put all of your hours into that project. And then, once you build that business as sustainable, then maybe consider working on something else. Maybe.

My wife owns a fashion company called JoJo Rings. It's sold in 450 stores, been featured in "Vogue," and, because we just had our first daughter, she's very busy. Any moment of free time I get, I'm typically making rings or I'm buffing rings or I'm packing boxes or helping her set up her social media account or whatever.

Five to 10 years out, what do you hope to see in the local tech community?

More relationships between the startup community and just local companies. Right now, I think the tech community is somewhat siloed, seen as its own thing, when tech startups, in order to grow, need direct lines into big companies for customers.