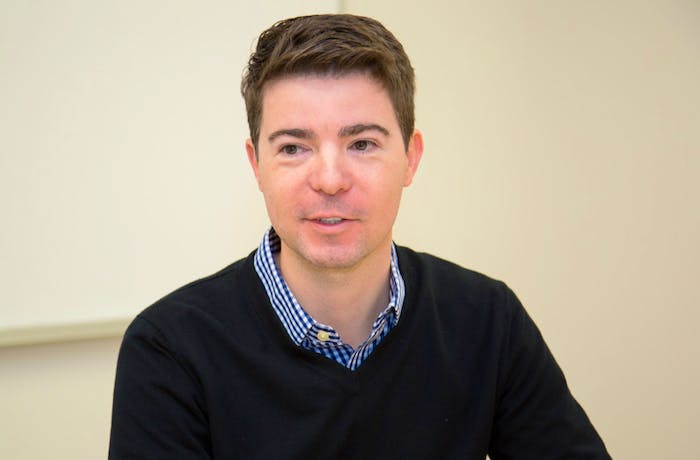 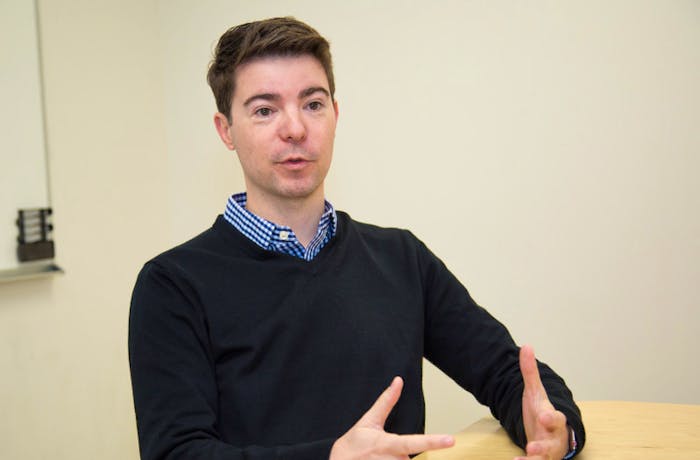 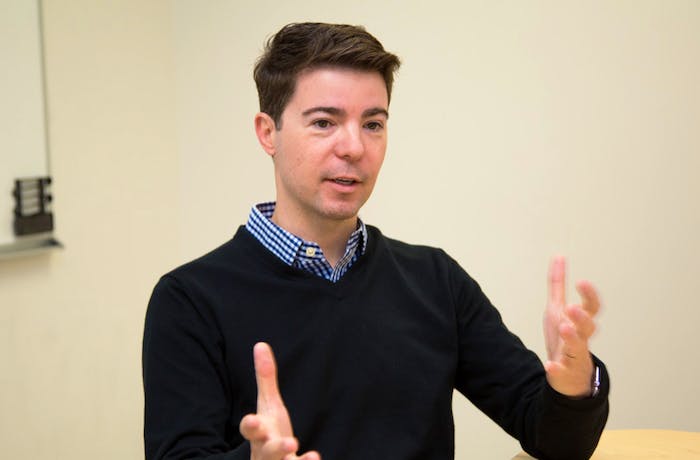 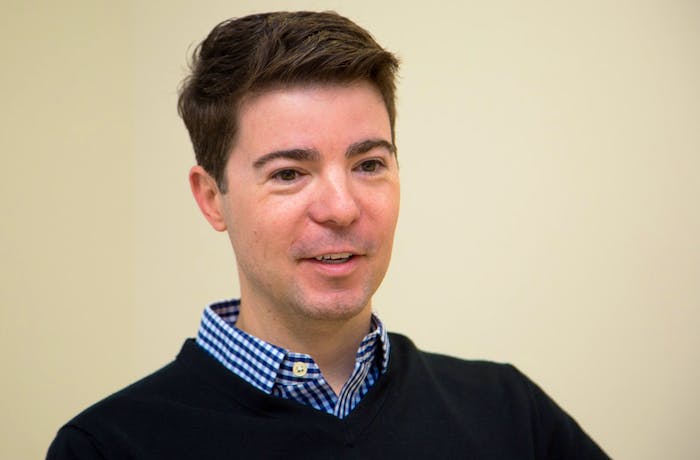 The Charleston Digital Corridor's Leadership Profile Series is focused on the individuals who are driving the Charleston tech scene forward. This series is brought to you with support from Charleston Southern University.

Bobby Schuchert is director of mobile and emerging technology at AutoNation, a Fort Lauderdale, Fla.-based owner of more than 300 car dealerships nationwide. Schuchert, based in Charleston, joined AutoNation about a year ago and is building the company's mobile team here.

I was born and raised in Charleston. I was fortunate enough that my dad was in tech. He was in radio communications, not computers. I pretty much grew up with a soldering iron in my hand and doing a lot of tech and being on a computer all the time. I kind of just stuck with it.

Did you leave and come back to Charleston?

I've always been here. For my last job (with Starwood Hotels and Resorts), I was here, but our office was in New York, so I would bounce up there a lot. But I've always lived in Charleston.

Did you go to college here, too?

I went for a while to Trident Tech and then quit, and I've always worked. When I was in high school, I started doing web development and was doing that while in college, and then just stuck with it and stayed in IT. Self-taught.

When I was 13, the mom of a friend of mine knew somebody who had a shaved ice stand. They asked me to run it for a day. I was in front of the Custom House, working this shaved ice stand, and the police came and shut it down because they didn't have a permit. So that's a memorable one.

But my first real job was freelance web development. I was doing that and turned that into a small company and did that for a number of years. I learned that technology is easy and people can be difficult. When you have one boss, you kind of know their boundaries and how to approach things for them or the company. But when you have multiple clients, there are a lot of personalities to deal with. That was not what I was expecting, originally.

We're a big dealership group. We have over 300 stores. We sell cars and service cars. It's a bunch of dealerships, different brands. We have a few that are considered AutoNation stores, kind of like CarMax has their store. But we primarily just own a bunch of stores that may not even have the AutoNation name in the name.

What drew you to your current business?

My last job was with Starwood Hotels. I led the mobile engineering at that company. One thing I loved about hospitality was how much emphasis we put on guest experience. We were really good at what we did. When Marriott bought us, some of the leadership went to AutoNation and asked me would I want to do that and bring that emphasis. This is an industry that's kind of behind. I saw it as a unique challenge to try to improve the guest experience when you're buying or servicing a vehicle.

AutoNation is based in Florida. Do you have a team here?

I have three developers here. I'm in the process of hiring more. The big picture would be to continue growing my team here. I haven't seen a lot of mobile work in our area. Mobile is kind of my passion. When they gave me the opportunity to come to AutoNation, I said I didn't want to move. So they said, "OK, you can build a team in Charleston."

I touched on it earlier: Tech is easy, people are hard.

Have you learned any tricks for managing that?

Give people the benefit of the doubt. The way that they word things may be not how you would word them when they're coming to you over the phone or especially via email, when it's in text. Typically, people have good intentions, so you have to approach things that way. It's easy to misunderstand and then get defensive about something. But everybody kind of has the same goal. They just maybe have a different driver for what their position is.

From bad bosses, don't get emotional. Stay levelheaded. Whatever is on fire, just work through the issue.

Do you have a morning routine or ritual? Or an evening one?

I wish I could say I was up every day at 4 and was running 10 miles. The thing that I have to have every morning is a cup of black coffee and a shower. No matter if I'm on vacation or whatever, I've got to be up and doing that. That's my only real routine.

At the end of the day, I say, "Hey Siri, good night," and everything turns off. That turns off all the lights, turns down the temperature, shuts the garage doors if they're open, locks the doors.

What obstacles have you faced building your business? How have you overcome them?

I guess the biggest obstacles were finding something I wanted to do in our area. There was primarily a lot of government contracting here, which I did for a while. To me, it wasn't quite creative enough. Trying to find something where you could blend technology and user experience. There might have been those in the area, I just was not aware of them. Finding the one that felt like a good fit for me was the trickiest part. Which isn't really building a business, but trying to figure out my place in tech in Charleston.

Expect more hours than you were originally expecting. Expect to be a little bit uncomfortable. Be creative with your thing, whatever you're passionate about, and definitely drive to that, but be comfortable asking for assistance. You can tend to try to wear too many hats, and that can overwhelm you, and you kind of lose what you're passionate about. But depending on the stage of your business, you may have to wear a bunch of hats.

Definitely stay curious. Keep learning. Don't just learn one facet of tech or one language. Tech tends to move faster and faster every year, and there are a lot of fads. To continue being valuable, continue learning and being curious about new things.

For the team here in Charleston, I'd like to continue growing and working on the innovation projects we've set out to build. The future for our company/industry would be less old school and more with the guest experience in mind. We are trying to modernize the industry. We're a big company, so it's not easy to just turn on a dime, but I would like to see my team help continue driving that shift in the industry.

What does a modern guest experience look like in the auto dealership industry?

Less coming in and sitting for four hours during a transaction or making an appointment and showing up and you have to repeat everything you said on the phone. There's so much friction. If you've ever taken your car in for service, there's just a lot of friction. Whatever we can do to remove most of that friction and make it more of an express kind of experience.

At Starwood, I led the digital key project. So you wouldn't even go to the front desk at a hotel. You would just go straight to your room and unlock your door with your phone and then your watch. That was kind of my baby there, and I would like to see the same kind of approach to our industry, buying or servicing a vehicle. Especially servicing. The bar is kind of low there, so everything that we're doing, we look like wizards, but we're just doing what we're used to doing.

What's a book that you always recommend?

I've pretty consistently over the years recommended "The Total Money Makeover" from Dave Ramsey. One of the fun books I like to recommend that's fiction is "The Martian."

Probably 50-50 either black coffee or a tall hot caramel macchiato.

My girls and my wife. I have two daughters, and as they are in clubs and orgs and playing instruments and all that, that usually keeps us pretty busy. Beyond that, if I ever get down time, I still enjoy video games, but I don't get to play those nearly as much as I used to. And movies. We do a lot of movies as a family.

I was hoping to see us expand a little faster than we did this year, but it's been good. We are probably going to expand pretty rapidly this year. Thus far, we had to build a foundation for what we were doing and kind of lost sight of continually recruiting and hiring. We had to deliver some stuff rapidly.

What do you see as some of the challenges recruiting tech talent to Charleston?

One of the biggest challenges with tech in Charleston is typically the pay is not anywhere near the rest of the country. I mean, New York and California, you kind of expect. I think we have a very good beginner and mid-level set of engineers here, and then, when they're senior, they typically spill out somewhere else. Trying to retain them and be able to pay them enough has been a challenge for Charleston.