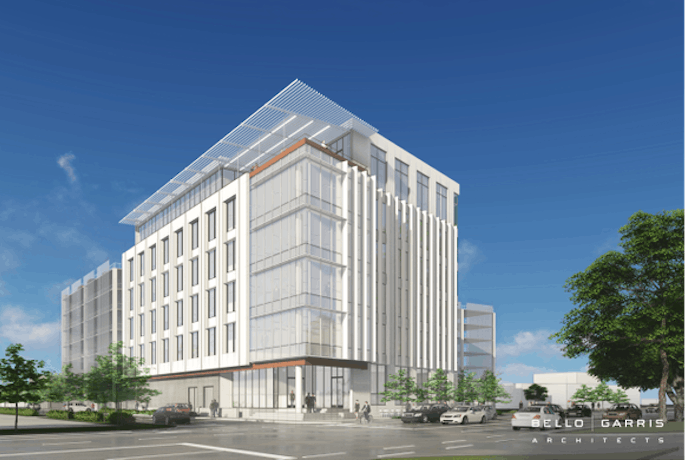 Tricky lease conditions were cleared up at the end of 2017, and now, with some financial commitments in place, it's full steam ahead for Charleston Digital Corridor's Flagship3 at the new Charleston Technology Center. Construction on the new building is slated to start in Q4 2018 or Q1 2019, with an expected completion date of late spring 2020.

The Center will be located at 999 Morrison Drive, taking up most of the block between Conroy and Romney streets. Though not the only tenant, Flagship3 will anchor the new 80,000-square-foot facility, a departure from the previous Flagship facilities.

"What distinguishes this building from Flagships 1 and 2 is that for the first time we will accommodate growth stage companies as well as tech-focused companies relocating into the community," says Ernest Andrade, director of the Charleston Digital Corridor. "We're seeing the expansion of national companies in the Charleston market, and by capturing these companies and putting them in an all-tech environment, it's a mutually beneficial situation."

The building, designed by Bello Garris Architects, will not mimic the historic architecture for which Charleston is widely known.

"It's a building of new architecture geared toward the tech industry, which demographically is 10 years younger than traditional office building occupants," says Andrade.

The new facility and the companies that fill it will provide a much-needed boost to the up-and-coming area. During discussion, one of the area neighborhood presidents thanked Andrade for "waking up our neighborhood from a coma."

"It's the first major new construction office building in the area. It brings forward a vision that was planted back in 2013 to make the upper peninsula an area dedicated to the local working community, as opposed to a lot of the peninsula that's tourism-focused," says Andrade. "This level of investment has a way of jump-starting other investments that will be beneficial."

The new building is capitalizing on the success of the tech industry across the area. From the launch of Charleston Digital Corridor in 2001, the community has grown from 18 tech companies to over 400 companies, according to a presentation given by the Charleston Digital Corridor in June. Companies residing at the Flagship and graduates have raised $237.4 million since June 2009.