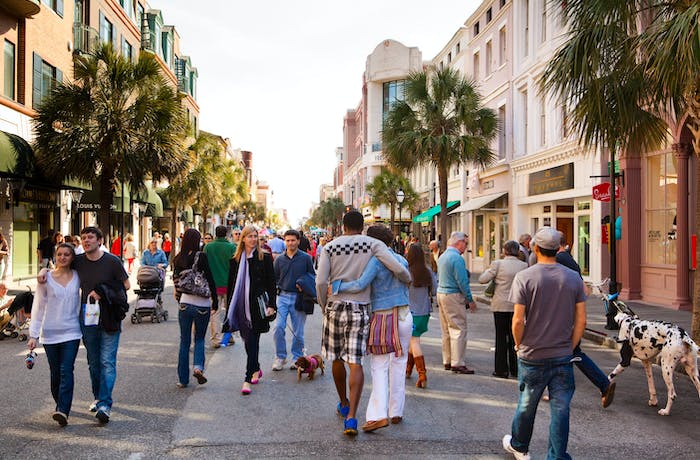 Silicon Valley may get the lion's share of tech buzz, but entrepreneurs, job seekers and investors take note: Some of the best places for tech are outside of California and New York. We've found the sneaky-great cities for tech that offer fast-growing businesses, strong fundamentals and affordability – without the cutthroat competition of the big-name startup hubs.

From the Eastern Seaboard to the Pacific Northwest, tech hubs abound. Helped by strong public-private partnerships, centralized hubs that foster connections and innovation, and capital provided by established businesses, each of these cities is an excellent choice for tech workers. They aren't trying to be Silicon Valley; instead, they've found what makes them unique, and built upon it. We've crunched the numbers on nearly 20,000 private companies founded in the past five years to bring you 2016's best cities for tech.

Anchored by big-name companies like Constant Contact, Care.com and Raytheon, Waltham punches above its weight class in the tech world. With Boston just a half hour's drive away, Waltham has easy access to the area's considerable intellectual capital, and with a disproportionate number of venture firms (13 in our company database), the city provides entrepreneurs with financial capital as well.

But Waltham doesn't top our list because it's a suburb of a well-known tech city. No, it stands out because Waltham-based companies are poised to succeed. Of the cities in our survey, Waltham's startups ranked in the 99th percentile for financial stability, and ranked first in companies' growth prospects. Led by high-growth startups like Fractyl Laboratories, which raised over $138 million in its five years of existence, and other promising biotech companies, Waltham is the place for tech.

Jacksonville goes well out of its way to support its budding entrepreneurs. The city helps startups find investors, and One Spark, an annual innovation festival that offers funding and capital advice, has helped strengthen the tech community as well as the startups themselves. And lest you think that Florida is only for retirees, Jacksonville's median age is 35, three years younger than the Bay Area's.

In our survey, Jacksonville excels in both aspects of our Finance Score: its resident companies rank in the 88th percentile of financial stability, and with an incredibly low cost of living, it's much more affordable than San Francisco, New York or even Boston. If you want to trade a cutthroat tech world for a city that actively supports its startups, Jacksonville is the place to be.

Over the years, Utah has established itself as a startup hub in its own right, and Provo is no exception. With low taxes, a ready source of intellectual capital from BYU and a focus on strong business fundamentals (not to mention Google Fiber), Provo offers a unique blend of innovation and work-life balance. According to our index, Provo's businesses rank in the 96th percentile in terms of financial stability, and its cost of living is below the national average. And with Utah consistently ranked as one of the happiest states in the country, Provo is a haven for job seekers and their families.

Just outside Kansas City, Overland Park boasts its own thriving technology scene. Anchored by established companies like Sprint, and boosted by strong civic and governmental support, the greater Kansas City startup scene has finally arrived. According to our survey, Overland Park ranked first among all cities for its companies' financial stability, a factor which includes investor quality and liquidity; its low cost of living is nothing to scoff at, either. Overland Park provides a space for up-and-coming startups to gain capital and knowledge, without breaking the bank.

Sitting just outside of Dallas, Irving shares in the Dallas-Fort Worth area's growing prominence in the tech world. But it's a hub in its own right, playing host to big companies like ExxonMobil and Michael's Stores, as well as up-and-comers like Appterra and Miraca Life Sciences. The city's companies rank in the 95th percentile in financial stability and the 91st in growth – surrounded by successful entrepreneurs and good sources of capital, Irving is home to a strong tech community.

Think Redmond, and you'll probably think Microsoft. But the tech behemoth is hardly the only solid company to set up shop there: Home to over a hundred private companies, the small city of Redmond is a force to be reckoned with. Its private companies are financially stable and well-run; the city ranks in the 91st and 84th percentile in DataFox's Finance and Growth scores respectively. Even better – Redmond offers access to brilliant tech talent, natural beauty and craft everything, without Seattle's high cost of living.

We named Durham one of our best cities to found a startup in 2015, but it's a hub for established tech talent as well. Durham-based companies ranked in the 93rd percentile for growth, an indicator that its tech sector is comprised of strong companies.Those companies also rank above average in financial stability, and the city is much more affordable than the Bay Area, New York, or Boston.

Durham is a natural standout in the tech world. Not only can the city draw on Duke and other local universities for talent, but it can take advantage of the Research Triangle's expertise in biotechnology, medicine and more. And with support from organizations like American Underground, a campus that brings together entrepreneurs and investors alike, Durham demonstrates a commitment to innovation as well as today's tech giants.

Though often overlooked in favor of Durham and the other Research Triangle cities, Charleston has a great deal to offer tech workers. A 2014 survey found that Charleston's tech sector ranked fourth in the country, and grew at the same pace as Silicon Valley's. Not only is the city affordable and enjoyable – its cost of living is below the national average, and it ranks among the happiest – but its startups rank in the 89th percentile for financial stability.

The startup ecosystem is thriving: DIG SOUTH, an annual conference for digital economy startups, draws big-name presenters like Google, Twitter and the New York Times; graduates from nearby University of South Carolina provide a ready supply of talent; and organizations like the Charleston Digital Corridor**** provide the mentorship, connections to investors and community that help entrepreneurs to succeed.

Milwaukee's tech scene is based on community – a welcome change from the often-abrasive, talent-poaching norms of Silicon Valley and New York. Startup Milwaukee, for example, is a resource for mentoring and learning (and it's a nonprofit). With Marquette University and University of Wisconsin-Milwaukee providing access to intellectual capital, and talent drawn from all around Wisconsin, Milwaukee anchors the Midwest tech scene.

In addition, the state provides generous grants for small business owners and entrepreneurs. And it's affordable: the cost of living is well below the national average, while local tech companies have well above average financials. Milwaukee provides a community of support and mentorship to help tech workers succeed.

What's more, the private sector is deeply invested in helping local entrepreneurs succeed. For example, Cowboy Technology Angels is an investment group comprised of alumni from nearby Oklahoma State University; while i2E, a private, not-for-profit corporation, focuses on growing local businesses with help from state funding. With Oklahoma University providing a ready supply of talent and innovation, Google Fiber, and depth in the medical and energy sectors, Oklahoma City's fast-growing tech scene is one to watch.

Chattanooga's received a great deal of attention for the crazy-fast Internet speeds offered by its smart grid, but the city has much more to offer than quick movie downloads. With a very low cost of living and a strong sense of community, Chattanooga is an excellent place to live as well as work. As The Atlantic's CityLab wrote in 2015, the city embarked on an ambitious housing development plan to encourage entrepreneurs to collaborate, innovate and of course relocate to the new downtown area.

Home to accelerators like the nonprofit Company Lab, and GIGTANK, which provides free housing to participants, Chattanooga puts a premium on fostering innovation. And with standout tech companies like Ambition and Zipflip, it's hard to argue with the results.

Less than an hour's drive away from Atlanta, Alpharetta is a growing tech hub in its own right. Not only is the city home to a number of established companies, including the regional headquarters of UPS, LexisNexis and ADP, but it's a breeding ground for new tech talent as well. In 2014, Alpharetta boasted over 600 tech companies – as many as the much-larger Austin, TX. With a high density of innovation and close access to Atlanta's top-tier universities, Alpharetta gives tech companies the benefits of a big city without the high cost.

In our survey, Alpharetta ranks in the 80th percentile in financial quality, as well as 77th in business quality. Its startup culture is much more collaborative than Silicon Valley's, offering strong municipal support including programs like the Alpharetta Innovation Center, an accelerator that also provides office space and networking opportunities. Density, nurturing and community are paying off in Alpharetta.

Traditionally known for banking and energy, Charlotte has also become a hub for venture capital and innovation. The city stands out in our survey not just for its low cost of living, but for the financial stability of its companies – an important trait as fears of a nationwide tech bubble increase. It provides the perfect blend of old capital and new ideas. For example, the city plays host to Bank of America, the second-largest bank in the U.S. by asset size, as well as to QCFinTech, an accelerator focused on innovation in the fintech space.

Charlotte has a long-term plan for growth, too. In the past few years, Packard Place has been transformed into a hub for entrepreneurs and their mentors. It houses coworking spaces and accelerators (including QCFinTech), offers networking and investing opportunities, and serves as the beating heart of Charlotte's growing tech scene. For a sense of community, the capital and expertise of established companies, and the energy of new ideas, Charlotte is the place to go.

We considered private companies founded after 2010 that were not based in California or New York, and cities with at least 30 such companies meeting those criteria.