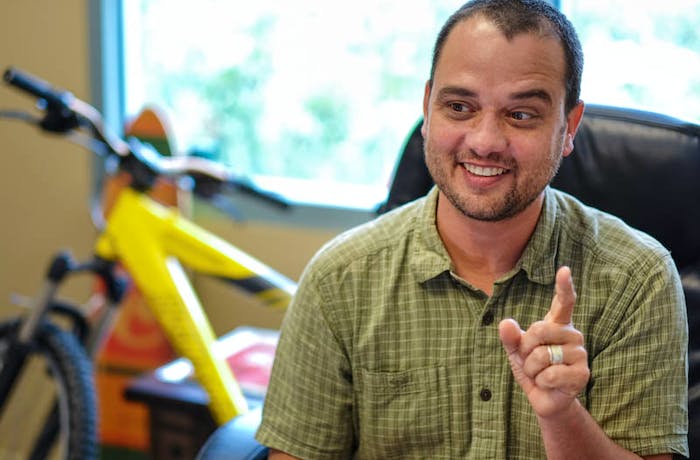 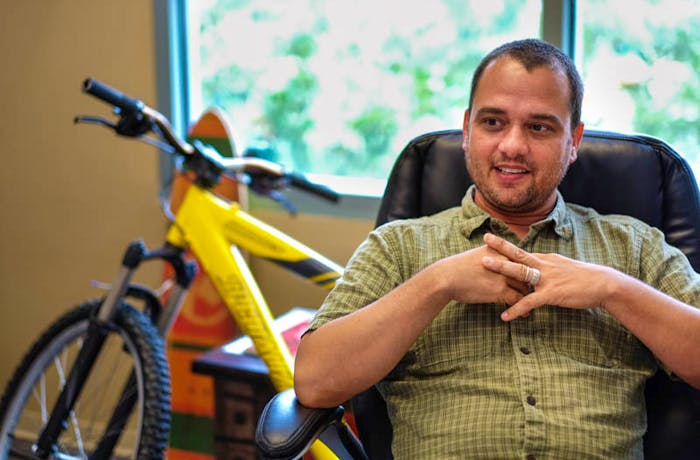 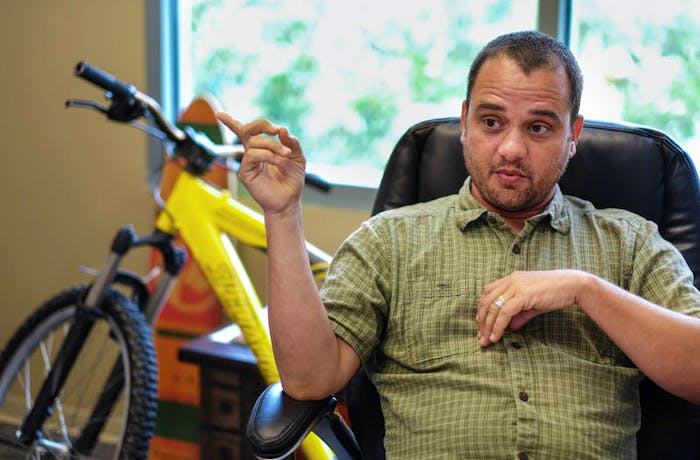 _The Charleston Digital Corridor Leadership Profile series is focused on the individuals who are driving Charleston tech scene forward. _This series is brought to you with support from Charleston Southern University.

Where did you grow up? What was life like and what are your memories from then/there?

Summerville. It felt a lot further away from Charleston growing up. Back then, these towns were all kind of separate places – Summerville, Ladson, Goose Creek. It was like you left one town and went to another. Now it's like one big town.

What brought you (back) to Charleston?

I came to the College of Charleston in '89 and graduated in '93. I spent one of those years in Wyoming on a student exchange, and then after graduation, moved back out West and lived in Colorado for about a year and a half... then came back and got serious about life.

At the time, (coming back to Charleston) was probably more accidental. I had been a carriage tour guide here and moved out West to enjoy life as a ski-bum while washing dishes. When I came back here to make some money as a guide one summer, I started talking to a college friend of mine about doing a tourism map of Charleston that was logistically sound but felt historical, and sell ads around the outside, like these little things you pick up in restaurants.

I went back out West and was about to run out of money, and called him (college friend from Charleston) because I either needed to take my last amount of money and put something down on a house - or I needed to use that money to get back home. When I called him, he said that he had convinced the owner of the carriage company to pay for his ad up front, which gave us this little bit of money to try to launch our tourism map with. So I decided to come back and take a stab at that.

When I was in college, I spent one summer screen printing T-shirts and selling them on my own, which gave me control over my time. I could control when I worked and I figured out easier ways to make money that meant I didn't have to work as much. That was probably the first time I supported myself as an entrepreneur.

I also learned a lot from that job as a carriage tour guide. The way the carriage tour system works in Charleston is that tourists don't actually control where they go; you get one of three different zones in the city based on a lottery system. In order to make tips, you had to make sure you had pre-sold that system in a way that no matter what the outcome was, people weren't going to be disappointed. No matter what you got, you either had a carriage full of happy people or you had a carriage full of unhappy people. These people need to be laughing or having a good time by the end of this thing or I'm not going to make any money. There was definitely an implied salesmanship to that.

It's an adult culture. Everyone here can manage themselves. Everybody here is committed to what we're doing; there are no vacuums here. Everybody from the top to the bottom is super engaged. People that aren't engaged very very quickly don't fit and don't work out.

We don't tie our self-esteem to our ability to retain employees. We have enough confidence in the culture to know that what we're doing is right and not everybody is going to fit with our company. That's a good feeling, because when you keep mediocre people in a really great work environment, it actually hurts you.

**What obstacles have you faced building your business? **

How have you overcome that?

Ambition and work ethic and ability to manage themselves. I don't think anybody here is looking for more things to manage. So, how quickly can the person pick up on things – can they pick up on ambient information? The reality is you can't find all that out in the hiring process, but you can try to find out as much as you can.

What is your biggest pet peeve in business or amongst colleagues?

The idea that we're just supposed to have a job. Just (not) caring about the work you're doing. Believing that the politics or the optics of something actually is more important than the product itself.

Life changes. I think one of the biggest benefits was I just started on it before I knew any better. When you've got nothing but time and no money, that's the best time to do it. Because everything gets more complicated.

What is your usual Starbucks (or other restaurant/pub) order?

Small latte with an extra shot.

Do you have a near/dear charity or cause you support and why?

My wife has a nonprofit that I, of course, am involved in. She has an organization called Heart, which is for adults with special needs; adults with Autism, Down's Syndrome and Cerebral Palsy. She's got 12 adults who have been with her for over a year now. You get to know them and they feel like family to you.

What is the one/best question anyone could ask you? Consider it asked...

Who's your favorite band and why.

Widespread Panic. I saw my first Widespread Panic show when I was in college in 1990. It definitely sent my life in a different direction in a good way. I continued to go back and see them during and after college.

So now, almost 30 years later, they are still making it happen. I think one of the things that was overlooked in Widespread's trajectory was that when I first saw them, they were playing (in) bars. They'd been around about five years then.

Now they headline Bonnaroo. They've sold out 10,000-seat arenas. They've sold out Red Rocks four nights in a row. And they're not doing anything differently than they were doing in 1990 when I went and saw them at a bar. Exact same guys; they look the same, they're older, but they're doing the same thing. They just work hard at it. It's been inspiring to me as an adult, kind of tracking along, to watch them become commercially successful while not fundamentally changing what they were doing at the start. That's really rare. There's not a lot of examples of that.

This interview was conducted, condensed and edited by Ashley Fletcher Frampton.

OTHER BIBLIOLABS, A DIVISION OF LYRASIS NEWS