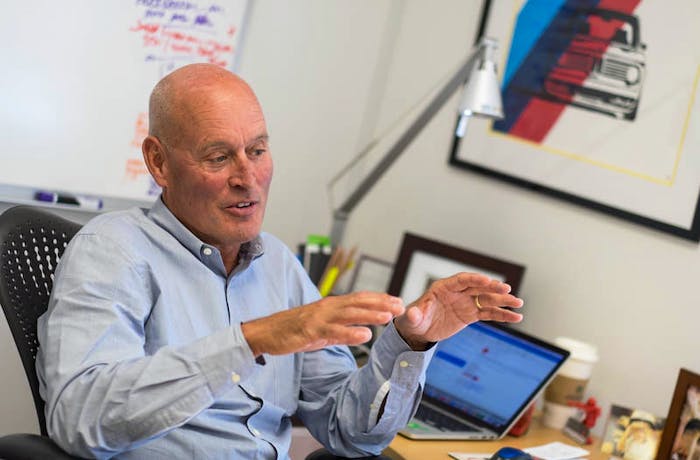 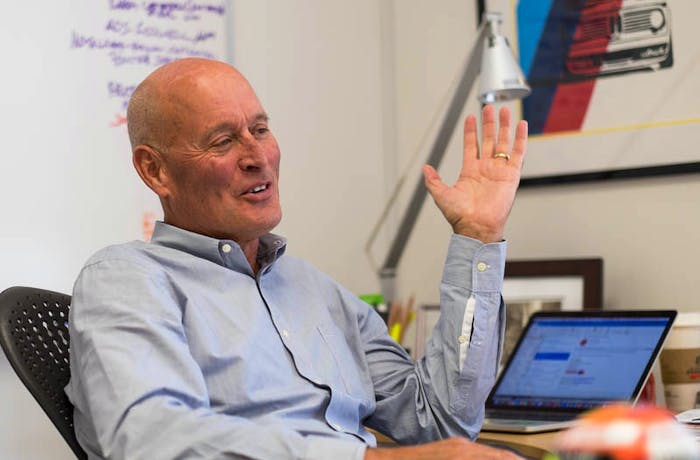 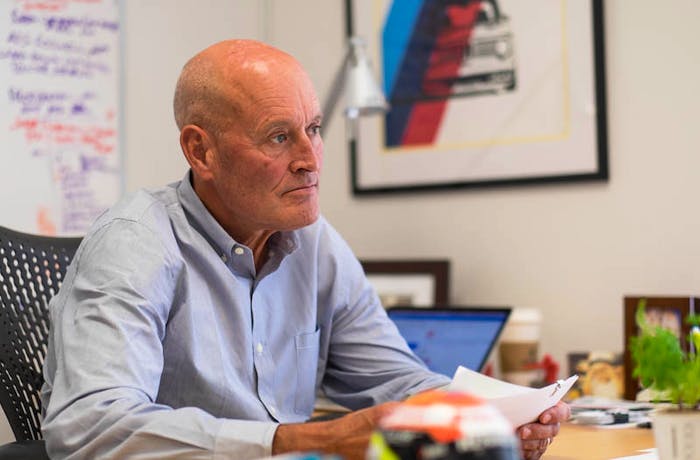 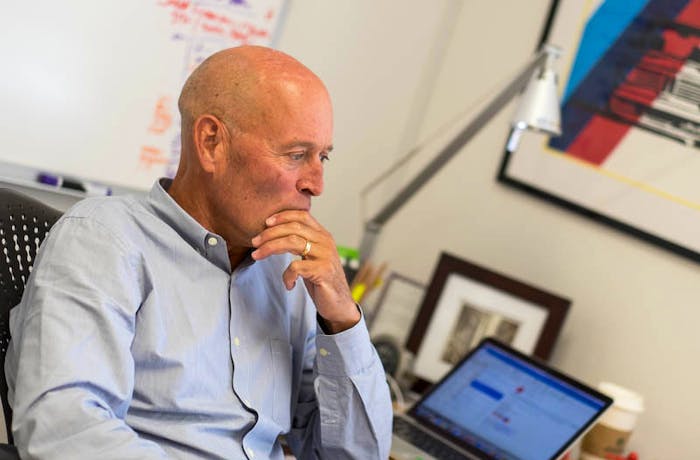 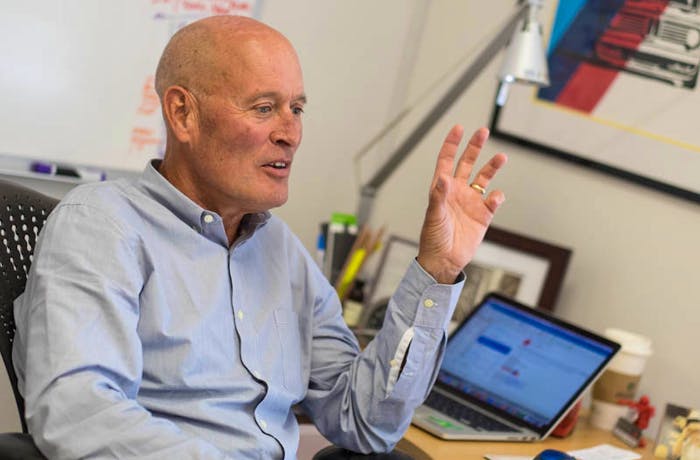 _The Charleston Digital Corridor **Leadership Profile series **is focused on the individuals who are driving Charleston tech scene forward. _This series is brought to you with support from Charleston Southern University.

**Jerry Callahan **has started and fixed many businesses. He was a co-founder of Blue Rhino propane cylinder exchange. His most recent startup is ISI Technology, maker of Heatworks technology, currently based in Charleston at the Digital Corridor's Flagship Tech Business Incubator and has 13 employees. Callahan, CEO, has lived on Sullivan's Island for 23 years.

Where did you grow up? What was life like and your memories from then/there?

Once I got out of college, I started at a company called Great Lakes Dredge and Dock. We did a lot of maintenance dredging – in Charleston Harbor, for example. We also did a lot of interesting construction projects. Then, I got out of that company and got into the business of fixing troubled companies. I moved an aerospace company down here from Upstate New York in June of 1992.

A boat yard in Osterville (Mass.). It was third-generation, and I started painting boat bottoms and sweeping the yards out and things like that. It helped me realize how good management and ownership really can produce a really exciting and motivated and collaborative workforce. (Management) treated everybody with respect. It was two brothers that owned it. They treated me as a 14-year-old with the same respect as a 60 year old custom woodworker.

I'd say I had it early on. I think there's two types – probably more – but at least two types of entrepreneurs. One is what I would call the blue-sky entrepreneurs, which are the people who started Facebook and PayPal and eBay, (who) just thought, "Well, this is kind of an interesting idea, I wonder if there's a business behind it." My entrepreneurial spirit has always been, "Gee, here's a problem, there's gotta be a better way to do it than this." So I think there's the problem solvers, which is my part of the entrepreneurial world. I've always been a problem-solver.

What drew you to your current business, or inspired you to start it?

In 2007, I was building an outdoor shower out on Sullivan's Island, and I wanted to have hot water there. The hot water tank was way on the other side of the house, and you had to run, like, 150 feet of pipe. And I said, "Well, I'm not going to do that. I'm not going to waste all that water waiting for water to show up."

So I went to a big wholesaler, and I said, "Look, I'd like to buy a tankless electric water heater," because we don't have any natural gas out there (on Sullivan's Island), it's all electricity. They said they wouldn't sell me one. I said, "Well that's kind of interesting, why is that?" And they said, "Well, because the elements fail and the flow switches fail and the tanks rust." They go through this whole litany of problems. I'm sitting here thinking, "That sounds like a problem statement to me."

We heat water by using electricity differently than anybody else in the world. Instead of having elements that get really hot and then transfer the heat to the water – which is also the way that gas hot water heaters work – we actually pass electrical currents through the water itself. We increase the energy state of the water molecules, so they move faster, and the faster they move, the more kinetic energy they have. And when they bounce off each other, they give that kinetic energy off in the form of heat.

That it's glamorous. Rarely do we hear about the failed entrepreneurs. We always hear about the Mark Zuckerbergs and the Pierre Omidyars from eBay and things like that. And yet, they all had to endure a lot of pain and sleepless nights and stressful meetings and hiring and firing and raising money and failed product launches and, especially these days, just brutal, unfounded social media attacks. It's not for the faint-hearted.

The No. 1 lesson from good bosses is honesty. One of my earlier bosses told me something I'll never forget. He said, "You know, Jerry, you meet the same people going down as you did going up, so you might as well be honest and have a good relationship with all of them."

I think from bad bosses, what I've learned from them is you just have to stay away from them. You gotta go find another job.

Do you have a routine that's important to your day? A morning ritual, meditation, etc.?

I have a period of time, basically as soon as I open my eyes (in the morning), where I pray-slash-meditate, and then I go through lessons learned from yesterday or the last few days. Then I say, "OK, so what I need to do differently?" And then, "What do I need to accomplish today, and how do I bridge what I have learned or should have learned into being more successful today?" It's a 10- or 15-minute process. It's still in bed, because once I get out of bed I'm going to want to do something.

The most important thing is to do what you love and what your personal attributes will allow you to succeed at. For example, there are creative people that will never be good accountants. Although there are some creative people working in accountancy and their jobs are horrendous because they aren't using their natural skills. So try to find the combination of those two.

I hate 'em both. To me, a computer should be like a hammer; it should work every time you pick it up. I actually was PC for a long time and then went to Mac. I think PCs are better for business and Mac is better for creative-type stuff. I struggle through it. And, definitely Android.

What is your usual Starbucks (or other restaurant/pub) order?

This interview was conducted, condensed and edited by Ashley Fletcher Frampton.