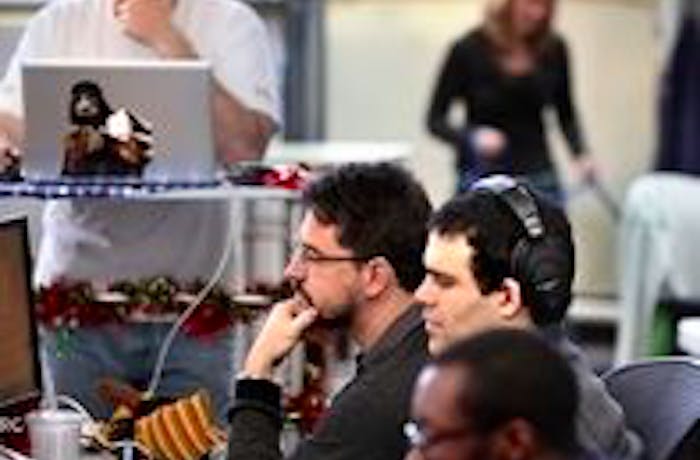 A Charleston software firm that plans to nearly triple its payroll has vaulted to the upper echelon of Inc.'s annual rankings of the fastest-growing private U.S. companies.

CEO Eric Bowman called the company's debut on the yearly Inc. list "a major accomplishment for our team."

Growth has been theme at SPARC since at least last year, when the four-year-old firm announced plans to grow to 500 employees by the end of 2016. It's also adding more office space at its Clements Ferry Road campus.

More broadly, he said, the expansion of the local high-tech sector is gaining traction as industry entrepreneurs discover Charleston as an attractive place to live and work. He also gave a nod to new state legislation designed to encourage early-stage investment in cash-starved innovative firms.

Bowman said one way to measure how far the local tech scene has come is look at the number of industry gatherings held in Charleston, such as Dig South and SPARC's own "Hackathon 3.0," which is expected to draw as many as 2,000 participants from 18 states this weekend.

"Those type of events are attracting people from all over the country," Bowman said.

He also credited the city's Charleston's Digital Corridor initiative, which was set up more than a decade ago to expand the tech industry.

"It has really ramped things up," Bowman said.

Three other Charleston-area tech employers were among Inc's top 500, one more than last year:

Ernest Andrade, director of the Digital Corridor, pointed to Benefitfocus as the latest success. The Daniel Island software developer filed plans last week to raise $75 million in an initial public offering of its stock.

The tech industry now makes up about 5 percent of the regional economy and is still expanding, as the new Inc. list indicates, Andrade said.

"The reality is there are a lot more companies being formed, growing and operating in the tech space. It's a pattern of pretty sustained growth," he said.

Forty-four other companies from around the state, including some from the Charleston area, were in the broader Inc. 5000. They include law firms and a clothing maker.

Charleston-based BoomTown has been on the list three years in row. CEO Grier Allen said the rankings are closely watched by tech investors seeking new deals. Also, it's "unique" that none of the four local businesses in the Inc. 500 are funded by venture capital money or other early-stage financiers, he said.

"For all these companies to ... be coming from Charleston is a sign of good things to come," Allen said Wednesday.