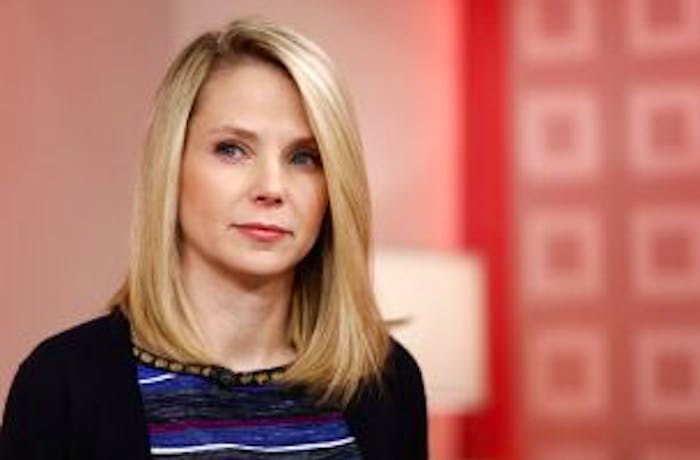 Earl Bridges was shocked when he heard Internet giant Yahoo! was abolishing its work-from-home policy, hailing hundreds of remote employees back into its offices in the name of improved collaboration.

As president of Good Done Great, a grant-management software development firm with an office in Charleston but employees working from their homes around the country, Bridges has seen telecommuting work.

The arrangement allows Good Done Great to recruit better employees, Bridges said, and provide nationwide customer service. At the same time, he said there are advantages to having everyone in the same room, especially when getting new employees up to speed.

"So I can see the pros and cons," he said, "but we continue to have a hard time landing on what the time structure would be, identifying candidates that are in a distinct geographical location like Charleston ... and then our clients are dispersed, so we need a dispersed workforce as well."

There was sharp criticism from those who think the move is out of step with an increasingly mobile and remotely connected world.

Others rushed to her defense, saying she is brave for putting a stop to a policy that might foster individual productivity but can sacrifice corporate community and innovation.

Thomas Kent, an assistant professor at the College of Charleston School of Business who teaches classes in human resource management and organizational behavior, thinks telecommuting is appropriate for only a small minority of jobs.

"The creativity goes down, we know that to be true," he said. "But secondly, the sense of community and sense of family spirit goes down."

Yahoo! announced the change Friday in an internal memo, and the policy goes into effect in June, according to the blog All Things D.

"Some of the best decisions and insights come from hallway and cafeteria discussions, meeting new people, and impromptu team meetings," the memo said, according to the Dow-Jones-owned tech blog. "Speed and quality are often sacrificed when we work from home. We need to be one Yahoo!, and that starts with physically being together."

Yahoo! has declined to comment on the move, but the rest of the technology world has not kept so quiet, speaking out on industry blogs and on the front page of The New York Times this week.

Reactions from Charleston tech companies, which seem to have permissive work-from-home policies, were representative.

Blackbaud, the 2,600-employee company that makes software for nonprofits, is the closest thing the Charleston area has to a Yahoo!, which has more than 14,000 employees around the globe.

Jana Eggers, Blackbaud's senior vice president of products and marketing, said she understands Mayer's motivation –- as much as one can from the outside –- but isn't inclined to follow suit.

"The challenges for me would be you're always going to have other offices too, so you've got to learn how to communicate across boundaries," Eggers said Wednesday, speaking from Blackbaud's new office in Austin, Texas. "So I do worry that something like that is going to make them very headquarters-focused, and in this day and age, you need to not be headquarters-focused."

Blackbaud has more than 400 employees who work remotely, Eggers said, roughly 18 percent of the company. And that doesn't count people who live near an office but tend to work from home for family or business-efficiency reasons.

"It's unusual for us to have a meeting these days where someone is not on video conference," she said.

On the smaller side of the spectrum, {e}house studio, a digital marketing and Web development firm on Rutledge Avenue, has a flexible work-from-home policy partially to accommodate its stable of 30-something employees who have young children.

"For us, we literally have to, and so it's one of those things," founder Rick Quinn said, noting that his son, the studio's creative director, was working from home Wednesday.

Project management software Basecamp and Internet phone service Skype make it possible to press ahead, though Quinn admitted that creative meetings go better if everyone is in the same space.

"We're able to control it right now, but we're not a Yahoo!," Quinn said. "We've got 14 people. And it's a little bit easier when you're a smaller size."

After working as vice president of quality and transformation at Sears in the early 1990s, he can appreciate what Mayer is trying to accomplish.

"When you're a company that really needs to shift gears, or get in gear faster ... sometimes you do end up having to shake up the ship and try different things for sure," he said.

How it works out for Yahoo! remains to be seen.

Telecommuting can lead to an attenuated connection between employee and company, and therefore more turnover, which can cut into a company's bottom line, according to Kent, the College of Charleston professor. "Estimates are it costs from one to two times a person's salary to replace them," he said.

But couldn't there be turnover if some of the telecommuters decide they want to work from home for another company that will allow them to stay put?

"I think the CEO there would say, 'Sorry to see you go, but we're going in a different direction,' " Kent said. "Obviously she thinks it's the right thing to do, and I agree with her."

Eggers, the Blackbaud executive, is on board with that part.

"Yahoo! people that want to come over, we're hiring," she said.