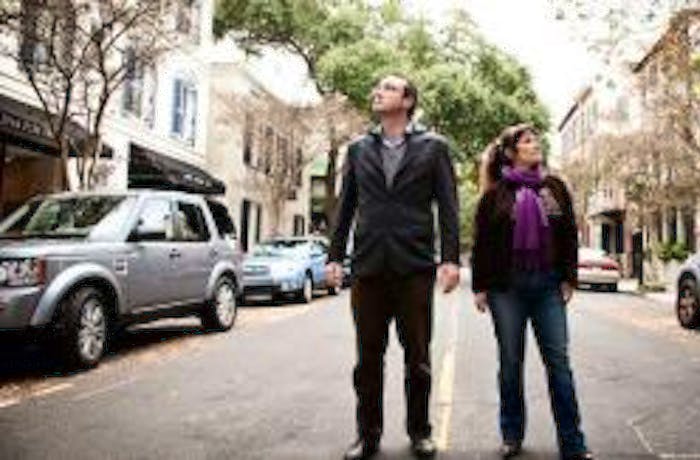 Diane Szoke has been a residential realtor in Charleston for eight years, spending thousands of hours playing tour guide for recent transplants. The one thing she noticed that they all have in common: They want to find a neighborhood that's just right for them and their families. "They want to know if their kids are going to have other kids to play with ... if they're going to be able to make meaningful social connections to the people around them," she says. But as a real estate agent, Szoke can't discuss certain neighborhood demographics with her clients –- and it's too hard to know all those details for every single district in a city.

Szoke wanted to create a solution, and that solution turned into her passion: Relocality, a new website that takes information from social media profiles and points would-be home buyers and renters in the right direction for where they should live. "Relocality is like that virtual knock on the door going beyond the four walls of the home, and really helping consumers find neighborhoods that can support the quality of life that they're looking for," she says.

Szoke is handling the managerial side of the business, while Chief Technical Officer Mike Astle deals with the nerdier stuff from his home on James Island. In the early stages, Relocality tracked the Facebook profiles of family and friends and asked them to manually select their ideal neighborhoods in New York City. Using this training set, Astle developed an algorithm that the website employs, which looks at basic information (age, gender, whether or not a person has children). Using that info, the algorithm calculates how each one of those features would contribute to a person's priorities (like whether or not they care about nightlife) for finding a neighborhood. After determining a specific person's priorities, the algorithm matches them with a neighborhood that fits.

"Your Facebook profile contains much more information about you than you might realize," Astle says, even if someone is a low contributor. "And there's lots of explicit things there, like your age and your name ... the stuff that you remember literally telling Facebook. But a lot of things can be predicted about you with very high accuracy based on the way you behave on Facebook." The most important factors in a real estate decision are usually age and marital/family status, and then smaller ones come into play, like language preferences –- information that can usually be gleaned from even the most bare bones of profiles. When a user signs up for Relocality, an authorization window requests permission to look at their basic info, including their e-mail address and profile information (like their birthday, and education and work history), as well as their photos and status updates.

Earlier this month, Relocality launched an "alpha" version aimed at users in New York City. Next, Szoke and Astle plan to attack the biggest cities in the country before working their way down, and Charleston should be an option fairly soon. "The tech is going to keep getting better and better and better," Astle says, which means even in a place like the Holy City, you'll be able to know whether you're better served in, say, Hampton Park Terrace versus Wagener Terrace. But first Relocality needs to move beyond startup status.

"Startups are a risky business, so we may never get enough traction to really go beyond what we're doing now, and that's our baseline fear that keeps us awake at night," Astle says. "What we want is to be a successful startup with roots in Charleston with national exposure."

As things progress, Astle will remain in Charleston, while Szoke moves to New York, where the executive headquarters will deal with the commercial side, including marketing and business development. "I think a consistent comment that we've had is 'I wish I had this when I was looking," Szoke says –- and she's going through the same thing as she searches for a new home in New York. "In many ways, I'm trying to solve my own problem, because I'm still looking."