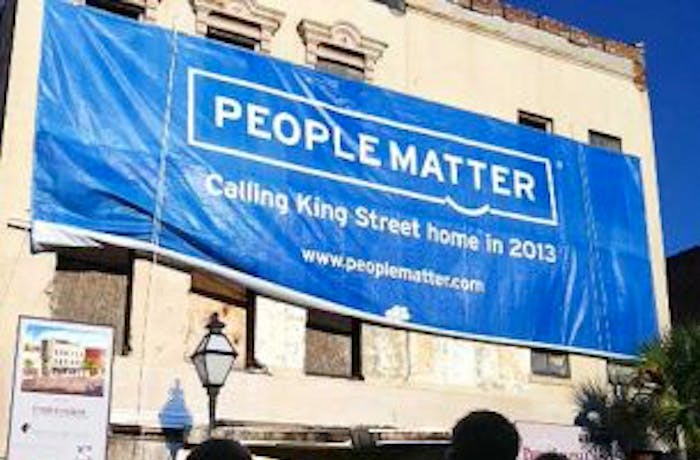 Exposed original brick walls. A bamboo floor. A "playground" area for video or table games. And a rooftop patio for all-hands meetings, yoga or a different kind of unwinding, thanks to a full bar with three beer taps. That's what's coming together at 466 King St. in downtown Charleston. By spring, what last year was a historic shell will be the first half of PeopleMatter's future headquarters.

Although the new digs are far from done, a recent walk-through suggested there's a lot to look forward to, especially if you work for the human resources software company.

There will be everything that's trendy in office design: natural light via glass and open space, movable desks, places for employees to relax or chat, wireless Internet throughout the building, and maybe even a car or concierge service for employees, something more commonly seen at white-shoe New York law firms than Charleston tech start-ups.

And that's to say nothing of the headquarters' second half at 468 King, a pub that eventually will become a six-story office that could include even more amenities, like a gym.

If the venture-funded company's idea is to look the part and thereby retain and attract the best talent, it's well on its way.

And PeopleMatter, though perhaps the most prominent example, isn't the only local tech company in the process of growing into hip, new offices.

Benefitfocus, which makes software to manage employee benefits, moved into its new design and engineering space across the street from its Daniel Island headquarters in September. According to recent Twitter photos, it has even more open space, windows and lounge area than the PeopleMatter building.

Blue Acorn, an e-commerce software company, completed an expansion of its offices on Rutledge Avenue this past summer, allowing its employees to finally spread out. And its neighbor, real estate software company Boomtown, will be expanding in the same complex, taking over the space vacated by History Press, which moved to a bigger spot in the SCRA MUSC Innovation Center last month.

Other prospering local software shops, such as SPARC and BiblioLabs, are on the cusp of making big office decisions of their own.

It's an exciting time in the Charleston tech scene, and the office piece seems to be the latest aspect of the virtuous cycle in play: Companies grow until they need more room, and if they make those new offices both highly functional and habitable, recruiting for more growth is a piece of cake.