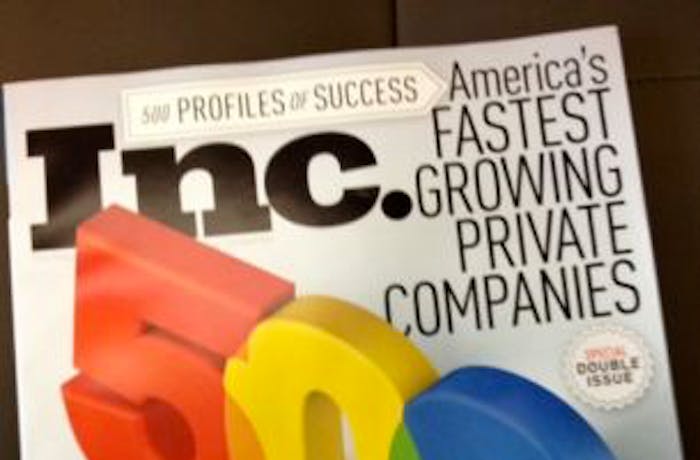 In the fall of 2010, Charleston business consultant Barron Hanson remarked on the scarcity of South Carolina companies on Inc. magazine's list of the country's 500 (and more recently 5,000) fastest-growing private companies.

Writing in The State newspaper, Hanson pointed out that the only Palmetto State company in the Inc. 500 was Fab Fours, an SUV bumper manufacturer that had since moved from Lancaster, across the border to Pine- ville, N.C. It's since moved back, according to the company.

Hanson suggested South Carolina's low profile on the high-profile listing "should be a serious wake-up call."

"If we want international companies, national start-ups, regional facility relocations, and local jobs to flourish statewide, every South Carolina business sector must do a better job of proving that economic growth opportunities actually exist here," he wrote. "Hiding out under the radar is no longer effective nor progressive."

An Inc. magazine spokesman was not able to provide year-by-year totals of South Carolina companies on the annual list, but just in the past three years, the local presence has increased considerably.

Last year, six S.C. firms made the Inc. 500 list and 29 more made the Inc. 5,000, an expanded group started in 2007. Greenville-based apparel company Southern Tide was the highest-ranked S.C. company and the 73rd-fastest-growing nationally.

To Hanson's point, Andrew Roskill said his Charleston digital publishing company, BiblioLabs, which made its Inc. debut this year, had the requisite growth to make last year's Inc. 500, too.

Well, now the word is out. Can Charleston and South Carolina keep the growth trend going next year?