The Best And Worst Cities For Jobs This Summer 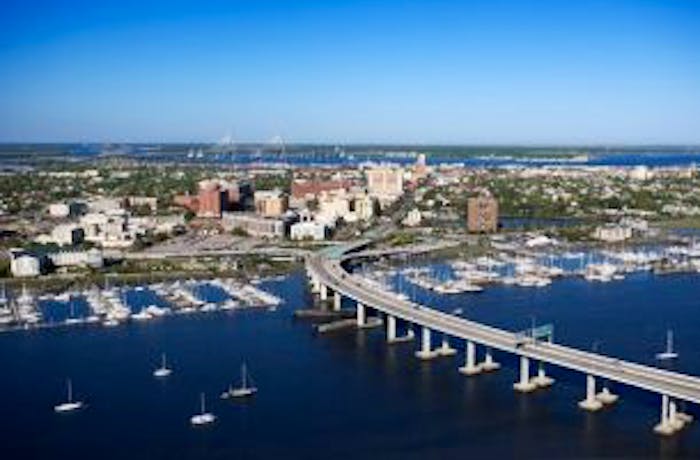 Earlier this month we learned that the unemployment rate grew from 8.1% to 8.2% in May, and the U.S. economy added only 69,000 jobs. After months of slow and steady improvement, the slight jump in unemployment was the first increase since June 2011–-and job growth missed expectations by a landslide.

News like that makes it difficult to be optimistic about the job market, but a new survey released by employment services firm ManpowerGroup offers hope for job seekers all around the country.

ManpowerGroup surveyed more than 18,000 employers in 100 metropolitan areas to find out who's hiring, who's firing and who plans to maintain their current staff levels in the third quarter of 2012. Of the surveyed employers, 21% anticipate an increase in staffing levels in their third quarter hiring plans, while 6% expect a decrease in payrolls. The difference between those numbers gives you what ManpowerGroup calls a net employment outlook of 15%–or 11% when seasonally adjusted, which is still up from 8% for the same period last year and from 10% last quarter. Seventy-one percent of employers expect no change in their staffing, and the final 2% of employers are uncertain.

"A net employment outlook of 11% is healthy," says Melanie Holmes, a vice president at ManpowerGroup. "In more robust economic times, we expect to see it in the mid 20s. Until there is solid demand for goods and services and more stability abroad, we expect employers to continue this slow and steady approach to hiring."

The survey results are great news for currently employed people, she adds. "The results suggest that employers plan to hang on to the employees currently on staff. For job seekers, job prospects are expected to be about the same as they were during the second quarter. There are plans for growth, and we expect hiring for new positions, but it isn't as voluminous as we would like."

The metropolitan area with the most optimistic forecast of all for hiring this summer is the Milwaukee-Waukesha-West Allis, Wisconsin area.

"Among the four U.S. regions, the Midwest reported the strongest hiring intentions for the third quarter of 2012, so it is not surprising to see a Midwest metro area report the most positive outlook this quarter," Holmes says. "The Milwaukee market has ranked in the top ten strongest markets all but one time over the last nine quarters. Locally, the optimism is broad across all industry sectors. There has been a lot of evidence showing an uptick in manufacturing jobs in the U.S., and that is likely contributing to the strong results coming from Milwaukee-area employers."

"The biggest challenge we hear from our 2,000 members who employ over 300,000 in the region, is finding the skilled talent to fill the jobs they are creating. So a good problem to have, but one we need to curb," says Tim Sheehy, president of the Metropolitan Milwaukee Association of Commerce.

Employers in the Des Moines-West Des Moines, Iowa and Raleigh-Cary, N.C. metro areas also anticipate a significant upswing in hiring for the next quarter.

Nearly a third (31%) of Des Moines-West Des Moines employers reported positive forecasts, while just 3% drew a bleaker picture. Sixty-four percent said they won't be changing their employment levels, and the remaining 2% are unsure of their hiring plans. With a net employment outlook of 28%, the Iowa metro area is the second best place for finding a job this summer.

"In recent months we have seen an increase in opportunities for job seekers in our area," says Chris Voggesser, president of the West Des Moines Chamber of Commerce. "This includes opportunities for recent college graduates, veterans returning to the workforce and the underemployed. Most of our employers feel the economy is turning around and offering them more opportunity to acquire market share within their industry resulting in the need to grow their workforce."

"We are very excited about the opportunities that are before us in the West Des Moines-Des Moines market for the remainder of 2012 and 2013," he says. "We have seen a steady increase in growth throughout 2012 and we continue to work with our existing and new industries positioned for growth in the third quarter."

Raleigh-Cary employers are expressing similar sentiments. Twenty-seven percent of that metro area's hiring managers anticipate a bright third quarter. Meanwhile, 1% expect to decrease their payrolls, 71% anticipate no change and 1% are uncertain. This yields a net employment outlook of 26% and positions the N.C. metropolis as the third best place for finding a job this summer.

"We are seeing signs of hiring increasing in this market," says Sandy Jordan, vice president of economic development at the Cary Chamber of Commerce. "The Raleigh-Cary Metro area continues to see new companies expand into the region and these new operations must staff their facilities. Additionally, companies already in the area that have held off during the recessionary period are beginning to hire to meet their needs going forward. Though cautious, there seems to be an increasing optimism among our business community."

The major universities in the area are turning out skilled graduates annually, allowing Raleigh-Cary to have one of the highest educated workforces in the country, Jordan says. "Today's companies need such talents and skill sets."

"Many local companies in IT, life sciences and healthcare continue hiring," says Harvey Schmitt, president and chief executive of the Greater Raleigh Chamber of Commerce. "In 2011 we increased employment by 11,209, and we also increased the workforce by 9,700. So we are not seeing a drastic drop in unemployment numbers but we are seeing a steady uptick in employment."

Unfortunately not all cities are as confident about hiring. The net employment outlook in the Tucson, Ariz. and North Port-Bradenton-Sarasota, Fla. metro areas is a far weaker 4%–and those aren't even the worst.

Only 15% of surveyed Riverside-San Bernardino-Ontario, Calif., area employers plan to hire between July and September, while 13% expect to reduce their staff levels. Seventy percent expect to maintain their current workforce and 2% are unsure of their hiring plans. This yields a net employment outlook of 2% for the California metropolis, making it the worst city for jobs this summer.

"California was hit particularly hard by the recession, and the state continues to struggle to bounce back," Holmes says. "It's not surprising to see that employers in the Riverside market have weak hiring intentions."

Since 2010, the ManpowerGroup survey has shown an upward trajectory in hiring confidence, but employers remain cautious about adding staff. "The hiring forecast remains slow and steady," Holmes says.