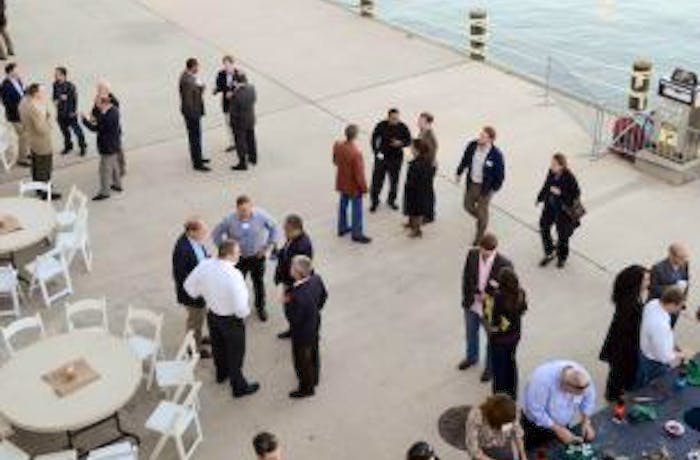 Despite being the 75th largest metro area in the U.S., Charleston is ranked in the top 10 fastest growing cities for software and Internet technology. Here's why.

When I was fresh out of college, I moved to Hawaii because I could. My job was primarily online, which meant I could work from wherever I wanted. So I picked the most awesome place I could think of.

That's exactly what a surge of technology innovators are doing right now in America. Only instead of Pacific islands, they're flocking to Charleston, South Carolina.

Though South Carolina doesn't exactly conjure images of hula dancers and pineapple, it shares two things with the Aloha State: great beaches and happy people. And what Honolulu lacks, Charleston has in spades: a flourishing tech community.

Despite being the 75th largest metro area in the U.S., Charleston is ranked in the top 10 fastest growing cities for software and Internet technology, according to the Charleston Regional Development Alliance.

TwitPic and Amazon's CreateSpace count among the household names to emerge from Charleston. Additional prominent companies with footprints in the city include Blackbaud, Boeing, and Google.

Part of the explanation can be found in the city's other rankings: "Most Polite and Hospitable City in America,"Southern Living Magazine says. "Most Friendly City,"Travel + Leisure says, along with "Second Best Dressed City," behind New York. Vanity Fair calls Charleston, "America's Paris."

"The reason people are here and want to be here is because it's a great lifestyle community, says Ernest Andrade, director of business development for the city of Charleston. "When you're in the technology industry you can choose to live where you want to."

Nate DaPore, CEO of Charleston-based HR software startup PeopleMatter, calls the area "Silicon Harbor." PeopleMatter is one of about 10 local software companies spawned by Dot Com-era startup Benefitfocus, DaPore says. As with other innovation hubs around the country, successful startups like Benefitfocus draw out-of-town talent and warm the water for other startups, too. And while local universities are focusing some efforts on educating locals for jobs in the burgeoning tech space, much of the growth is due to a wave of transplants.

"Five or 10 years ago if we put a 'help wanted' ad out for a software engineer, we typically got a few applications from local people and maybe one or two people from outside the city," says Andrew Roskill, CFO of BookSurge (bought by Amazon in 2005 to become CreateSpace) and now CEO of BiblioLabs. "Now the reverse is happening. We're getting much more interest from people outside the city and outside the state."

SC Launch, for example, takes advantage of the state's Industry Partnership Act, to run its seed fund, which it uses to invest $200,000 or more at a time into local startups. The fund is built on individual and corporate donations, which because of the Act can be used as a one-to-one tax credit.

The mothership of Charleston's tech scene is the Charleston Digital Corridor, launched by the city in 2001 with the goal of "promoting Charleston's knowledge economy." The local tech community grew slowly, but witnessed something of an explosion during the recent national recession.

"When the economic conditions are turbulent, there are people–the more creative among us–that say you know this might be the best time to start something," Andrade says.

So in 2009, the city took an abandoned video station and an out-of-business Hollywood Video store and converted them into an incubation and coworking space, referred to as The Flagship.

The Corridor is a landing pad where traveling or relocating entrepreneurs can touch down, and where fledgling companies can get wings. From SAAS to mobile to social media services to biotech and aerospace, the innovation community is as diverse as the city's tourist sector..

Of course, compared to New York or San Francisco–or even Philadelphia or Boston–Charleston is still just a speck on a silicon-laced map. Its programming talent pool is dramatically smaller, and diverse venture capital options are so far away, it might as well be Hawaii.

Despite the drawbacks, Charleston stands proudly on its own feet.

"We've gotten to a point where [the tech scene] is able to sustain itself, and we don't get the question of people who relocate to the area, 'What happens if I move here and lose my job?'" PeopleMatter's Nate DaPore says. "We have senior executives now moving between the software companies, which is a really interesting dynamic to see. [It] validates for me that there is a really healthy, vibrant technology community. It's not just seeds in the ground that we're trying to get to sprout."