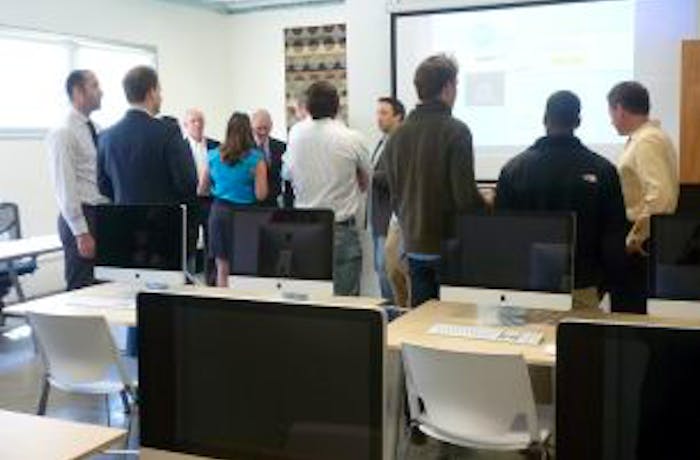 If Ruby on Rails or jQuery sounds like a fun warm-weather activity, then the Charleston Digital Corridor has the camp for you.

Unveiled Thursday and starting next month, CODEcamp is an "augmentative" education program meant to bridge the gap between local software firms looking to hire and residents who need the practical training to fill those high-paying positions.

Four veteran programmers from three such companies will teach their trade to anyone who's willing and able to learn.

It's part of a broaderworkforce development strategy that expands the corridor's role from simply connecting people with companies, according to Ernest Andrade, the agency's director. "Today because of the high demand for technical talent in our community, for the first time ... the Digital Corridor will start moving into the development of talent," he said.

The courses will cover the basics of the popular open-source programming languages Ruby on Rails, Django/Python, jQuery and iOS.

Beginning May 14, each class will meet one evening a week for 12 weeks in the Flagship2's new computer lab. The $30,000 classroom is outfitted with 14 iMac computers, an overhead projector and even a couple of sound-dampening rugs on the wall.

The cost of each course is $500 per student, a portion of which will go to the instructors.

Kirk King, chairman of the Charleston Digital Corridor Foundation, through which corridor members pay dues, said applicants could range from high school graduates to "people who have headed down a career path they're unhappy with."

The courses are meant to be supplementary to, not competitive with, what's offered at the area colleges, organizers emphasized.

Tyler Stone, who moved his design software company, Custom Country, into the Flagship earlier this year, plans to apply to the iOS course and maybe one other.

"For me, it's not about doing it all myself," Stone said. "It's about having enough knowledge" to judge, collaborate and manage programmers he plans to hire.

"I wish I had been able to do this three years ago," said Stone, a lawyer who moved to Charleston from San Diego.

Each course has recommended preparation, ranging from understanding how websites work to a familiarity with "SQL databases and their basic operations, i.e. simple queries." But "nobody should be intimidated," Andrade said.

On the other hand, King cautioned the courses are hardly "all-inclusive" and instead are meant to get both the students and potential employers "over a little hurdle."

"In 12 weeks, you're going to take people from a 1 up to maybe a 7," said King, CEO of CSS, a Daniel Island-based consultancy that implements and services Oracle software.

And speaking from the perspective of a businessman, "I'm not starting from scratch or taking such a risk hiring someone I don't know anything about," he said. CDC companies will hold informational events in the evenings after classes are over, Andrade said.

In addition to any hiring, Joe Bryan, president of e-commerce software development firm SineLabs and the Django/Python instructor, said he also hopes CODEcamp will "create a thriving community and introduce a lot of young people and older people with a diverse range of experiences to what coding is all about."