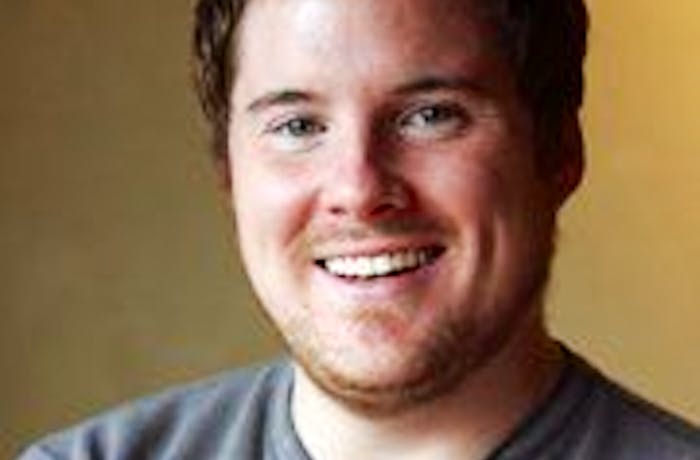 Everett's ideas are worth millions and he's 'just getting started'

It was a standard business networking lunch at Oscar's in Summerville Tuesday – well-dressed people with name tags, introducing themselves, mingling. And then Noah Everett took the floor.

Wearing jeans and white Converse All Stars, the first thing the Twitpic founder did was take the gum out of his mouth and put it on the table next to his laptop. Within a minute, he'd admitted he was sweating, that he's hooked on caffeine and that part of the reason he moved from Oklahoma to Charleston was because he has "an unhealthy crush on Rachel McAdams." Lawyers, civil engineers and hotel managers, meet software developer.

Everett's Twitter-linked, photo- and video-sharing service has been valued at more than $10 million, and he's "just getting started," he told the Berkeley Chamber of Commerce's Emerging Leaders Network.

Earlier this year, Everett, 27, moved into a combination home-office in downtown Charleston and his team, spread between South Carolina, Oklahoma and Texas, is readying several product launches or makeovers.

A new Twitpic mobile app will be out "in a few weeks," he said. A revamped version of Heello, the Twitter-like microblogging site he released to a mixed response in August, will be out in "the next few months" and will include check-ins and a local discovery component called Radar.

And Everett said his team will soon release a software-as-a-service app for customer service called Helpmint. Its tagline: "Refreshing customer service." When he wasn't hitting the businesspeople with high-tech, Everett charmed them with funny stories about his run-ins with famous Twitpic users, like rapper and actor Ice T's model wife, Coco. She had been posting provocative photos of herself using Twitpic, and Everett's mom, who keeps tabs on the appropriate use of Twitpic, had shut down Coco's account.

"I was sitting out on the pier in Charleston and I get a call from some New York number," Everett recalled. "It's Coco."

Celebrity talk aside, Everett said running a start-up has been "the best, worst thing" he's ever done. He said he didn't sell Twitpic for eight-figure money, in part, because it's "just too fun."

Sebastian Davis, a project engineer at ADC Engineering Specialists in Hanahan and one of the core members of the chamber's Emerging Leaders Network, found Everett's experience of transforming an idea into a worldwide phenomenon "through sheer will" inspiring. "It's good to see someone actually turn down millions upon millions of dollars to do what he wanted to do," Davis said.