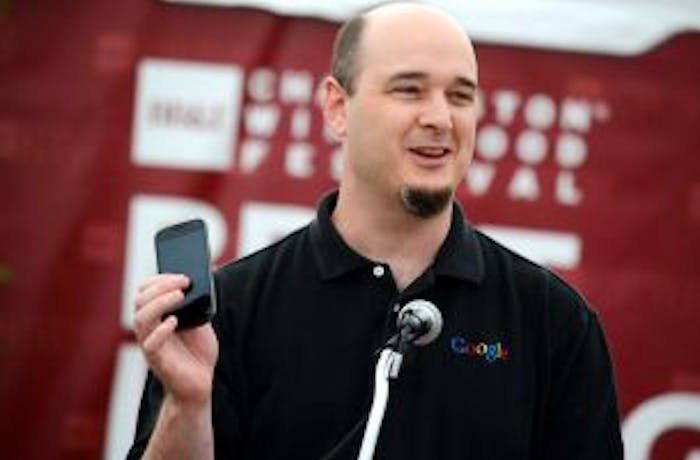 Rather than a ceremonial ribbon cutting, Mayor Joseph Riley cut an Ethernet cord and sent an email to members of the press from the center of Marion Square to celebrate the launch of Charleston's new free public Wi-Fi.

"The city of Charleston is very proud of its parks and public spaces," Riley said. "We recognize that people are increasingly looking forward to ways to be connected in places where they go."

Marion Square is the first area park with free public Wi-Fi access, but Riley said there are plans to expand access to include other popular destinations including Waterfront Park and The Battery.

Riley said he frequently enjoys coming to the park during the day to see the people of Charleston interacting with one another and using the public space.

He said he's looking forward to seeing people in the square using the wireless access to connect with people all over the world.

Eric Wages, operations manager of the Google data center in Berkeley County, acknowledged the importance of Internet access by commenting that many of the people at the "ribbon-cutting" had used their smartphones at least once before the event started.

"Most of us have an on-the-go lifestyle and accompanying us on that are our smartphones," he said. "We already know Marion Square is a hot spot in town. Today it's about to become a Wi-Fi hotspot."

Among the first beneficiaries of the new wireless access are patrons, vendors and organizers of the BB&T Charleston Wine and Food Festival. Last year, Google started providing free Wi-Fi over Goose Creek's public buildings and some businesses in Berkeley County.

Riley said he thinks the addition of public Wi-Fi will enhance not only the lives of citizens, but also the tourists who visit the city.

"I think it may bring more tourists, but for those visitors who come, it reinforces the unusual nature of Charleston," he said. "It's a with-it place. It's an18th and 19th century city with a 21st century spirit.

"The measure of a great city is quality public spaces that by their nature are free," he added. "What excites me is that it takes the quality of the public park and it notches it up."