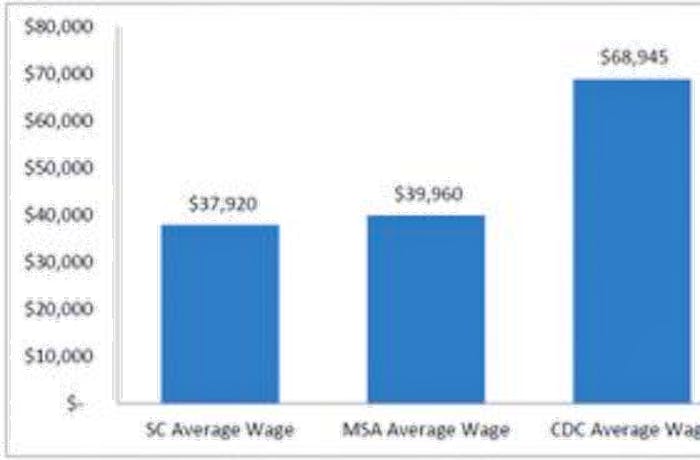 Companies growing under the wing of the Charleston Digital Corridor have added jobs at an "unprecedented" rate, with more than 38% doubling in size, the agency reported in a recent jobs survey.

The average wage for companies participating in the Digital Corridor's 2011 survey is $68,945, which represented 173% of the average wage in the Charleston-North Charleston-Summerville metropolitan statistical area.

The Digital Corridor's Annual Wage and Job Growth Survey also showed that 84% of the reporting companies have made hires this year and that 76% plan to hire additional workers before the end of the year.

"The growth of Charleston's knowledge economy in 2011 is nothing short of phenomenal," Charleston Mayor Joe Riley said. "The decision by a growing number of high-wage, software companies to locate in downtown Charleston has been very positive for our office occupancy rates and retailers."

The Digital Corridor operates two incubators downtown. The Flagship is a short-term incubator that offers low-cost office space and services, along with a community of companies sharing common space.

The Flagship 2, which works with intermediate-stage, knowledge-based companies, opened in June and is full, with 17 companies in the 13,700-square-foot facility. Nine of those companies relocated to Charleston from other states, including Georgia, Florida, Connecticut, New York and California. The Digital Corridor said that has resulted in the creation of 64 jobs.

"This divergence is reflective of the rapidly growing professional and technical workforce in the Charleston region," Digital Corridor Director Ernest Andrade said in a news release.

He said the gap between knowledge-based companies and others tracks with national figures, but Andrade also noted a widening gap between all salaries in the Charleston-area MSA and the rest of South Carolina.